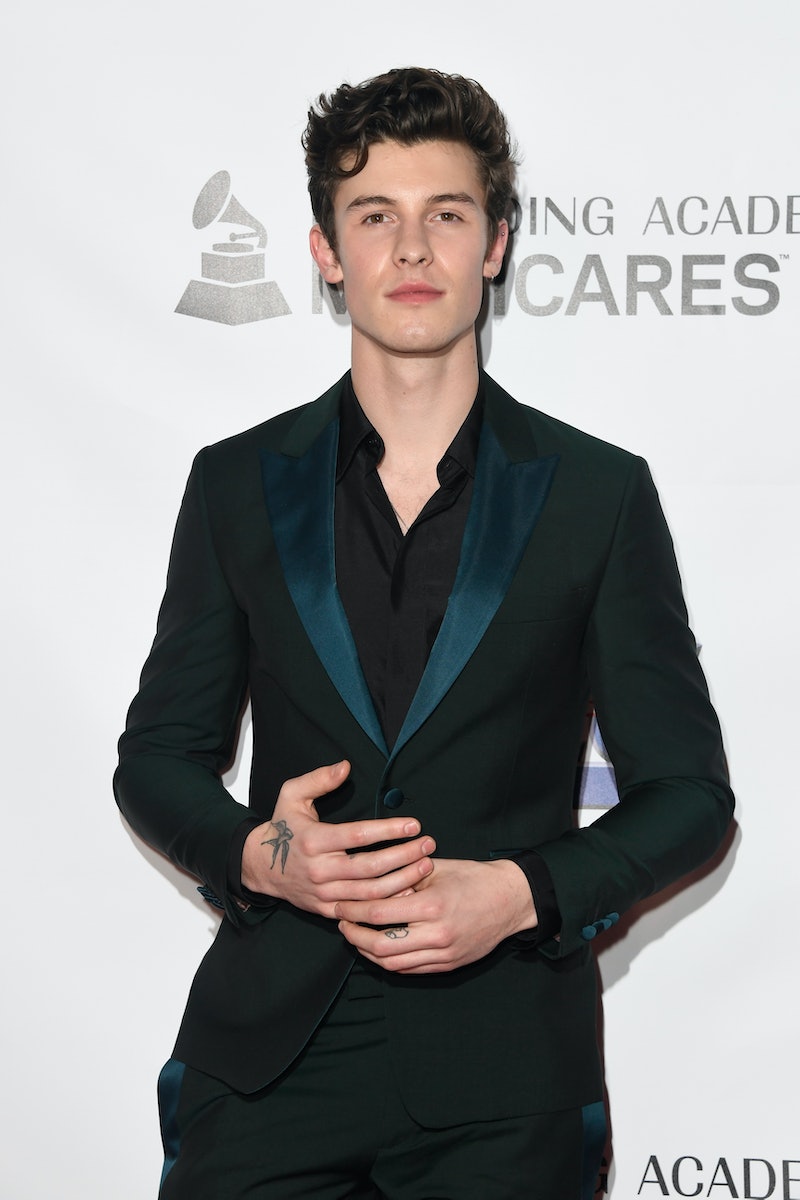 It's important to remember that words are truly powerful. In a candid interview with The Guardian published on April 7, Shawn Mendes discussed the speculation surrounding his sexuality. The singer reflected on the questions regarding whether or not he's gay, and passionately explained exactly why the rumors upset him so much. Believe it or not, as much as the assumptions affect the "In My Blood" musician personally, Mendes admitted all of this discussion is so much bigger than himself.

"For me it's hurtful," he began, before diving into the specific reason the sexuality questions really bother him. Mendes continued,

"I get mad when people assume things about me because I imagine the people who don’t have the support system I have and how that must affect them."

He makes a good point. People who are struggling with their sexuality or those who aren't yet ready to come forward with their true selves could very well be influenced by the assumptions being thrown Mendes' way. And if they don't have loved ones in their corner supporting them that could affect them negatively, as well. Coming out is already a big part of a person's life, not to mention it can be a sensitive and scary time without any outside judgments making it even more difficult.

During his interview with The Guardian, the 20-year-old also touched upon his November 2018 Rolling Stone cover story, in which he discussed the scrutiny over his sexuality. At the time, he told the magazine,

"In the back of my heart, I feel like I need to go be seen with someone — like a girl — in public, to prove to people that I’m not gay. Even though in my heart I know that it’s not a bad thing. There’s still a piece of me that thinks that. And I hate that side of me."

He continued telling Rolling Stone, "I thought, 'You f*cking guys are so lucky I’m not actually gay and terrified of coming out.' That’s something that kills people. That’s how sensitive it is. Do you like the songs? Do you like me? Who cares if I’m gay?"

Prior to both his interviews with The Guardian and Rolling Stone, Mendes took to Snapchat to address the rumors regarding his sexuality. In June 2016, he said to his followers, "I noticed a lot of people were saying I gave them a 'gay vibe.' First of all, I'm not gay. Second of all, it shouldn't make a difference if I was or wasn't. The focus should be on the music and not my sexuality."

As for his Rolling Stone cover, Mendes publicly criticized the interview. After the article went live, the "Lost In Japan" singer wrote on Nov. 26, 2018 next to an Instagram of the cover,

"Of course i have my insecurities and struggles but that’s just one part of me. Sometimes the positive side of a story doesn’t always get fully told and I wish it had here. I love what i do and i love you guys so much."

Mendes explained further to The Guardian about his frustration over the piece with the music magazine,

"That was why I was so angry, and you can see I still get riled up, because I don’t think people understand that when you come at me about something that’s stupid you hurt so many other people. They might not be speaking, but they’re listening."

More so than anything, it's important to never assume anything about anyone, because no good comes from it. A person's story is their own to tell, and no one should be pressured into saying something they might not be ready to comment on just yet. Here's hoping others will absorb what Mendes has said, because his words couldn't ring truer.