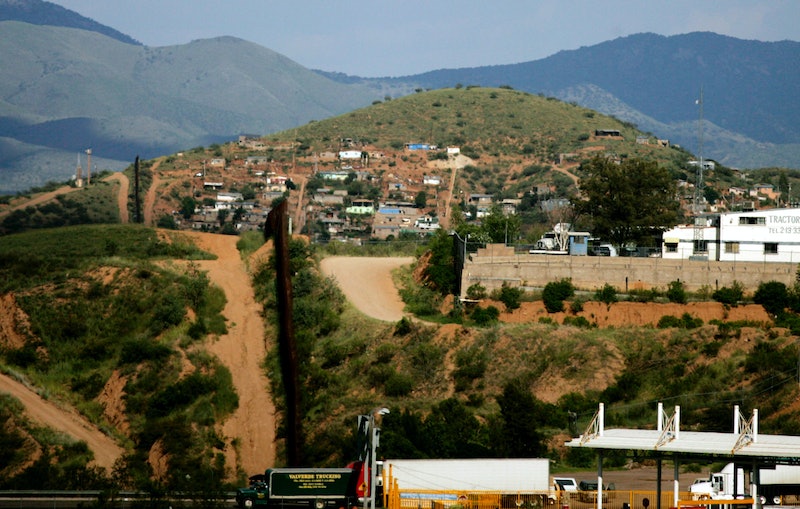 On Thursday morning, the sheriff's office in northern New Mexico responded to a shooting at Aztec High School. The Associated Press reported that San Juan County Sheriff Ken Christesen said three people were dead. New Mexico State Police confirmed on its official Twitter account that two of them were students, and one the suspected shooter, who officials say was also a student.

Aztec Mayor Sally Burbridge also confirmed to CNN that the suspected shooter is dead, adding that there was no more threat to the area. Aztec is a city about 180 miles north of Albuquerque with a population of 6,000 or so.

San Juan County Sheriff spokeswoman Jayme Harcrow told People that it was unclear if the shooter had pinpointed the victims, or if they were shooting without specific targets. "It’s horrible — it’s a great community and we love this place,” Harcrow told the magazine. “Things can happen anywhere, but it’s shocking when they happen in a place like here.” The names of the victims haven't been released, but officials say their families have been notified.

San Juan County Police Department announced on Facebook before 9 a.m. local time that the school was on lockdown and being evacuated, and cautioned others to "avoid the area." It informed parents to pick up their children at the police department, then later at McGee Park at noon local time. In the neighboring Bloomfield city, schools were also placed on lockdown, but it was lifted by 10 a.m. local time.

According to the Center for American Progress Action, the Aztec school incident is the 267th shooting at a school since Newtown. In December 2012, a 20-year-old white man entered the Sandy Hook Elementary School in Connecticut and opened fire on teachers and children, killing 26. Dozens of school shootings have happened in 2017.

Since Newtown, shootings in the United States have occurred at steadily deadly rate. In October 2017, a gunman in Las Vegas sprayed rounds of bullets from his 32nd-floor hotel room, targeting a crowd attending a country music festival. It was the deadliest mass shooting in recent history; 58 people were killed and hundreds more injured. And just two weeks ago, a shooting in Rancho Tehama led authorities to put an elementary school on lockdown; a witness told local station KRCR that he saw bullets strike two children.

There have been plenty of heated discussions about gun control in the wake of a horrific shooting, but no legislation for common sense gun laws have been able to clear Congress. Talk about banning bump stocks, which the Las Vegas shooter used to mimic automatic guns, was rife following the October shooting, but nothing has happened on a legislative level yet. In fact, the House of Representatives passed a bill just this week that would allow gun owners to travel to other states with their weapons, regardless of whether other states' laws restrict concealed carry to its state residents only.

Authorities have yet to release all the information about the Aztec High School shooting. The San Juan County Sheriff Office said that the FBI and New Mexico State Police were assisting in the investigation.

Our hearts break for the victims and their families. We pray for the survivors, and are grateful to the brave first responders for their heroic actions on the scene.

The debate over gun control will continue, but it's unlikely to reach any legislative solution. Former Aztec school board member Michael Padilla told local news outlet KRQE News 13, "Tragically the horrors that visited many other communities have come to roost here in Aztec."