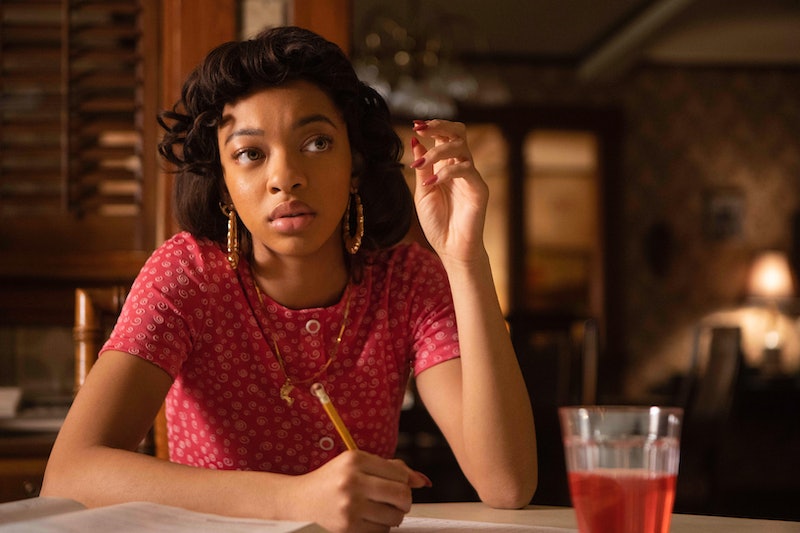 While most of the characters in Wu-Tang: An American Saga are straight depictions of real-life people such as RZA (Ashton Sanders), Raekwon (Shameik Moore), and Method Man (Dave East), some of the personalities are less obvious. For instance, the writers took liberties with the Wu-Tang character Shurrie, played by Zolee Griggs, who is based on a composite of all of RZA's sisters and not just one person, per an interview the actor did with Stylecaster.

"I think [RZA] has three sisters. I was able to speak to Sophia, which is one of his sisters," Griggs told the outlet. "She's really amazing, and she just let me know about the family dynamic and what it was like with him growing up. Shurrie's like the badass, who would always stand up for her family and get into fights and not play any games. Of course, she was very sweet and loving and maternal and all those kind of things."

In other words, Griggs' character is an amalgam of these three important women from the Wu-Tang founder's life. And while it may seem like a bizarre move, the reasoning is quite simple. "I have 11 brothers and sisters. We can't put 11 brothers and sisters in our show," RZA told the Press Association, per the Belfast Telegraph. "The root of this show is based and founded on truth. But the beauty of it is even when we had to dramatise [sic] something we still made sure the root of the truth was in it."

However, that Shurrie's character wasn't based on just one person turned out to be an advantage for Griggs.

"It does give me creative freedom because I can tap into different aspects and characteristics of each sister," she said in an interview with MEAWW at Paley Fest. "I know that one of his sisters is a badass and she would fight a bunch of people, and one of his sisters is a softer one and sweet one, and I get to pop out as different little pieces here and there, which is really dope."

In addition to being the sister of RZA, Divine, and Randy (Justus Davis-Graham) Driggs, Shurrie also begins dating Dennis Coles (Siddiq Saunderson) — who would become Ghostface Killah — in the Hulu series. "There's definitely some pressure just because you want to honor these people," Griggs told Stylecaster in the same aforementioned interview. "It's their lives and their stories, and you want to do right by them.... We had a bunch of opportunities to actually hang with the people we're portraying and meet them and have conversations."

Fortunately, it seems like all of those conversations payed off when it came time to film. "It was intimidating at first, but as the show progresses, I think we definitely got more and more comfortable and felt more confident in being these people," Griggs told Stylecaster.

But while Shurrie is a composite of RZA's real-life sisters, Griggs is able to pull off the sizable role with panache — three times over.