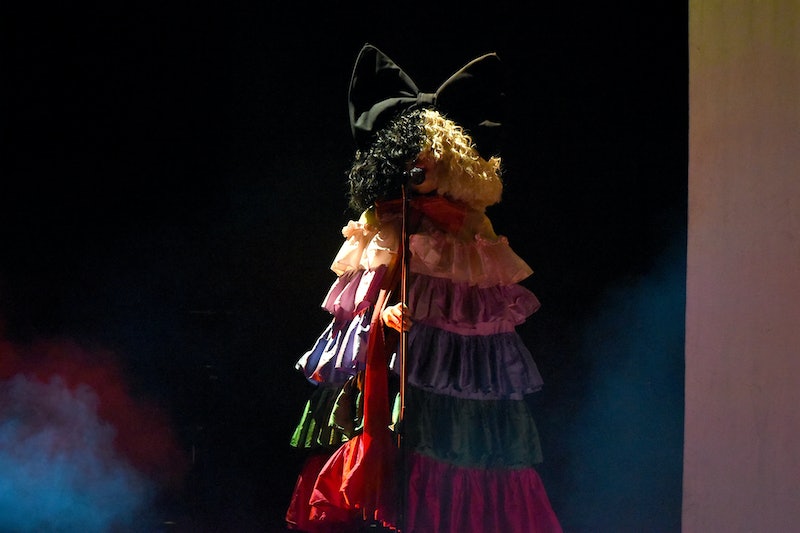 Sia rarely shows her face in public, and she certainly doesn't talk much about her personal life. So the recent news that Sia adopted two teenage sons might catch even her biggest fans off guard. She announced the exciting new additions to her family very casually during an interview on SiriusXM's The Morning Mash Up on Tuesday, May 19, giving a rare look at her family life.

The singer said that she took in the boys as they were about to leave foster care. "I actually adopted two sons last year," she revealed. "They were both 18 — they’re both 19 years old now. They were aging out of the foster care system. Yeah, and I love them." She did not reveal their names or any other information about her adopted children.

She did go on to share how her family was adapting to life in quarantine amid the coronavirus pandemic, saying that she's keeping her kids as productive as possible. "They are both finding it pretty difficult, one more so than the other," she said. "But they’re both doing things that are really good for them right now, that are really helpful. They’re really doing a lot of educational stuff that’s good for them."

Sia first dropped the bomb that she became a parent in February, when she told GQ a story about asking Diplo if he wanted to have casual "no-strings sex" with her, as part of a profile on the producer. "This year I wrote him a text, and I said, ‘Hey, listen, you’re like one of five people that I’m sexually attracted to, and now that I’ve decided to be single for the rest of my life and I just adopted a son, I don’t have time for a relationship. If you’re interested in some no-strings sex, then hit me up,'" she said to the outlet.

It's unclear whether the singer was referring to a separate adoption of another son, or if she just mentioned one of her confirmed two sons in the interview. Regardless, she seems open to adopting even more children in the future. In a now-deleted tweet from May 2019, Sia publicly announced that she wanted to adopt a child featured on the HBO documentary Foster. "Hey Dasani from ‘FOSTER’ on HBO! I’d like to adopt you," Sia wrote, as reported by PEOPLE. "We’re just trying to find you and get my house check done etc. But I want you to know you will have a home with me."

At this rate, Sia's house will not just be filled with music, but kids too.