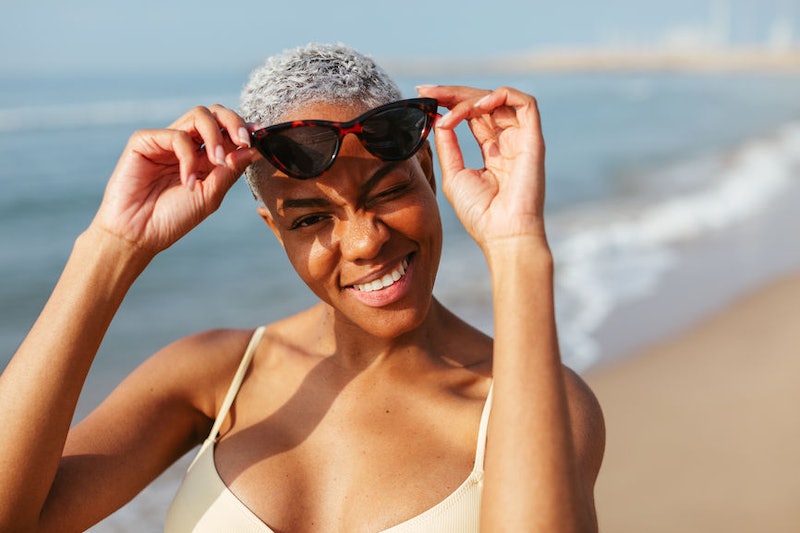 So summer's over, autumn's drawing in, and all that's left to remind you of sunnier days is your artfully curated Instagram feed. Here's an alarming finding for those who didn't get time away this year: a new study suggests that skipping summer holidays might increase your risk of depression, as Inc. reports. Insurance company Allianz Global Assistance USA surveyed over a thousand Americans and concluded that those suffering from "vacation deficit" (people who thought holidays were important, but didn't think they'd be able to take one this year) were more likely to experience symptoms of depression.

Before I get into the data, let's acknowledge some caveats. Firstly, depression is a complex mood disorder that's unlikely to be triggered solely by a lack of summer holiday; as the Mayo Clinic observes, "it's not known exactly what causes depression," but contributing factors might include brain chemistry, inherited predisposition to the illness, or hormonal change, as well as exposure to risk factors like trauma or abuse. And secondly, holidays are an unattainable luxury for many, with aspects from financial limitations to childcare preventing travel. What's more, as Inc. reports, Allianz — a company that offers holiday insurance plans — has an obvious vested interest in the study's outcome.

With that in mind, back to the study's findings. 30.4 percent of those with a "vacation deficit" displayed symptoms of "mild to moderate depression," according to Allianz, and a further 12 percent demonstrated symptoms of "moderately severe to severe depression." As Inc. points out, that's a significant increase from the American national average (8 percent of adults report that they're currently experiencing depression, according to the National Center for Health Statistics.)

Daniel Durazo, director of communications at Allianz, concluded, "While we have long known that Americans under utilize their vacation time, this shows the real consequences this can have for their health and well-being."

The study, Inc. says, is an important one for Americans, who receive significantly less paid holiday than Brits and are often unlikely to take their full holiday allowance. In contrast, a study by YouGov revealed that "out of 22 countries worldwide, British workers are the most likely to take all of their paid holiday leave." While 75 percent of Brits, who receive a minimum of 27 paid days of holiday, said they'd take all or almost all of their leave, only 44 percent of Americans did — and they receive a minimum of only 12 paid days.

That's not to say we're not at risk of missing out, however. According to iNews, a third of Brits don't "fully understand their annual leave policy," while a 2018 study by the Trades Union Congress (TUC) found that one in 12 UK workers "are not getting the minimum paid leave entitlement they are due." The primary reasons for this? The TUC singles out "unrealistic workloads that do not allow time to take leave," as well as employers denying holiday requests or "not keeping up to date with the law."

So Brits, too, are liable to miss holidays, which in turn could increase their risk of depression. And overwork, according to the TUC, can lead to other health problems including "heart disease, stress, mental illness, strokes, and diabetes." The onus is on employers to ensure workers receive the paid holiday they're due, but if you're allotted paid time off, and your means and circumstances allow it, be sure to take that summer holiday — not doing so could put your health at risk.