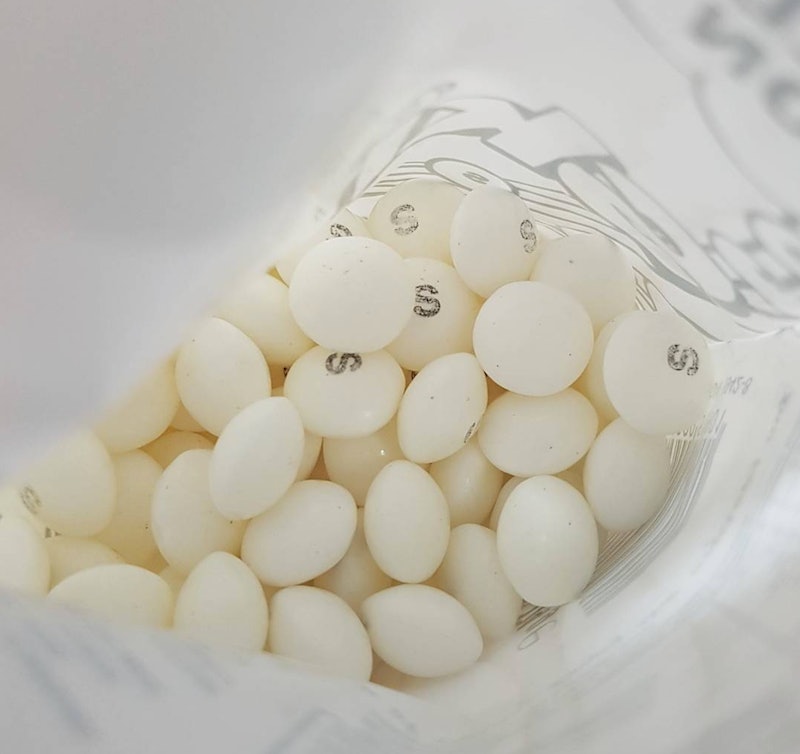 You might think Skittles, in all their rainbow beauty, were already prepared for Pride Month; but they threw a major plot twist and caught us off-guard: Pride Month Skittles are here, and they’re not what you might’ve expected — they’re all white.

I’ll explain. The candy with the famous slogan (“Taste the rainbow,” for anyone who has been living under a rock for the last two decades) has ditched its beautiful colors in honor of Pride Month and as a show of support for equality. On the back of the bag of these limited edition white Skittles, they say, “During Pride, only one rainbow matters. So we’ve given up ours to show support.” Some of the proceeds from sales will go to LGBTQ charities, as well. If any of this sounds familiar, it’s probably because Skittles ran a similar campaign for Pride Month last year. Seeing the most colorful candy totally devoid of color certainly makes you stop and look.

While the iconically colorful Skittles might look plain, have no fear: they’re still bursting with fruity flavor. People have taken to social media to post pictures of their purchases, which are also available on Amazon, if you’d like a bag of your own.

It’s a beautiful message and a strong show of solidarity; but not everyone is thrilled with the Pride Month candies. While it’s safe to say this was never their intention, some have accused Skittles of racism, wondering why the candies are only white. Others are saying it’s confusing and offensive to colorblind people. What was supposed to be the famous rainbow candy stepping out of its spotlight and giving its rainbow powers over to Pride Month has backfired a little; and, for some people, it’s turned into another argument of color and inequality — totally defeating the purpose of what this is all about.

Personally, I love these limited edition Skittles. It feels like a touching way to acknowledge a special day and let another rainbow shine brightly. In fact, the only part of this that bugs me is that it’ll be harder for me to pick out the red ones, which happen to be my favorite. Whiteness isn’t always about race; in this scenario, it’s just about colors, plain and simple — and if we’re being literal, it’s about all colors, as white is technically the sum of all colors. Smells likes unity to me!