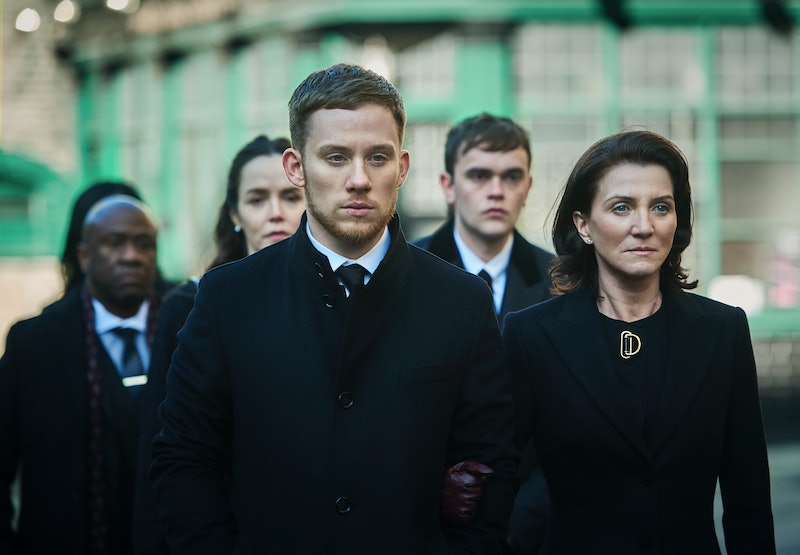 In an age where streaming services seem to be increasing at a rate of knots, standing out from the crowd can be a challenge. A challenge that Sky seem to be absolutely slaying with the announcement of shows such as Gangs Of London, which looks set to give us some Peaky Blinders-style drama with a modern-day twist.

Clear your decks and prepare for a heck of a lot of violence because this show is about as gritty as it gets. According to the Sky website, the show is based in the trenches of London's criminal underworld and what happens after the boss of a gang, Finn Wallace, is executed in cold blood.

Colm Meaney plays Finn, a major kingpin who's ruled the streets of London for decades. After his death, his son Sean (Joe Cole) ascends to the throne as the new boss and wages war against those who took his father's life. The only problem is, he doesn't know who ordered the hit and must open old wounds in order to to exact revenge in his father's name.

Sounds violent right? Well, by the looks of things it seriously is, so maybe not one for the faint hearted. Sky has yet to announce a release date for the show but they have said that it's "coming in 2020."

Cole is no stranger to criminal dramas, currently starring as John Shelby in the BBC hit Peaky Blinders. So why does he feel a pull towards these quite brutal TV shows? While shooting Gangs Of London, he spoke to the Independent, explaining that, for him, it's all about the physicality involved in playing these characters. "There’s a physical element to some of those roles." He continued: "I found it quite easy to connect to that side of me on a deeper level, and summon the emotion and the aggression. I could really feel that. You can really let yourself go."

Deadline reports that Gareth Evans, director of the hit thriller Raid, is at the helm of the new show, which will be his first jaunt into TV. Described as a "big-budget gangland drama", and produced in collaboration with HBO’s Cinemax and Sky Atlantic, the show has the potential to be huge, so watch this space.

More like this
'The Last Of Us' Has Officially Been Renewed For Season 2
By Darshita Goyal
Rupert Grint Just Shared A *Major* Update About Ron Weasley’s Future
By El Hunt
Mollie Gallagher Has A Deeply Personal Reason For Taking Up Skating
By Maxine Harrison
9 Time Catherine Cawood Was An Absolute Badass In Happy Valley
By Sophie McEvoy
Get The Very Best Of Bustle/UK
Sign up for Bustle UK's twice-weekly newsletter, featuring the latest must-watch TV, moving personal stories, and expert advice on the hottest viral buys.