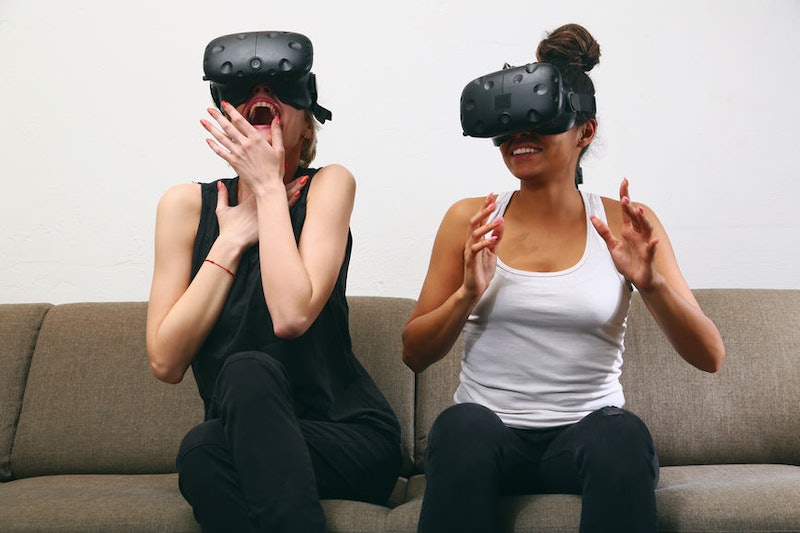 The world of tech is still largely dominated by men, but certain organisations are attempting to change the status quo. For the second year in a row, Sky's Women in Technology Scholarship is offering women the chance to finally have their ideas heard. Oh, and you could be in the running for a nice chunk of money too.

First launching in September 2017, the scholarship offered three young women the chance to develop a product or idea, to be mentored by experts in their chosen field, and to win a £25,000 bursary. The 2019 scheme has opened the door to even more people. Instead of three winners, five people will be chosen.

As the Evening Standard reports, you will still have to be over 18 to apply but the upper age limit has been removed. “It’s not just young women who have great ideas and everybody deserves an opportunity, regardless of age, or background," Elaine Bucknor, Sky's director for group strategy, told the paper. "We’re just trying to even the playing field."

The scope of areas that Sky is interested in has also been broadened. Instead of just focusing on ideas related to news and entertainment, any element of the technology industry will be considered. This includes anything from software development and AI to scientific and digital pursuits. However, the company is particularly excited about anything centring on sustainability, the media and entertainment industries, or social impact.

To apply, all you have to do is fill out an online application form and include some detail about your experience, your idea, and how you would spend the £25,000 prize. (Only half of it can be used for living costs.)

There are a few criteria to be aware of. Sky wants applicants to have some tech experience and skills, to be looking for a long career in the industry, to be able to explain why their idea should be developed now, and to have a clear plan of how the funding will be put to use.

Once you've submitted the form, you may be invited for a phone interview. The next stage is meeting some key people at Sky so they can discover more about you and your plans. Entries will need to be submitted by April 8 as the one-year scholarship is set to begin in May 2019.

"There are too few women working in technology. This is a problem that needs resolving, and we’re fully committed to finding that resolution," Sky's group chief executive, Jeremy Darroch, said in a statement. Only 17 percent of employees in the UK tech industry are women, according to recruitment company Recruitment International.

Last year's Sky scholarship was awarded to three young women. Hannah Blair is building a virtual reality app for people with dementia, Oishi Deb is focusing on machine-learning and AI, and Kike Oniwinde has designed an app for the Black Young Professionals Network.

“Technology is not just for the global elites," Oniwinde said in a statement. "Anyone can get involved; anyone can bring their ideas to life. They just have to develop a skill and put hard work behind it. I hope my project will inspire all minorities (women and people of colour) that they too can create something that changes the world."

Whether you're looking to create a new and improved Siri or have an idea that will help a niche part of society, there's no harm in applying. The worst answer you'll receive is a "no".