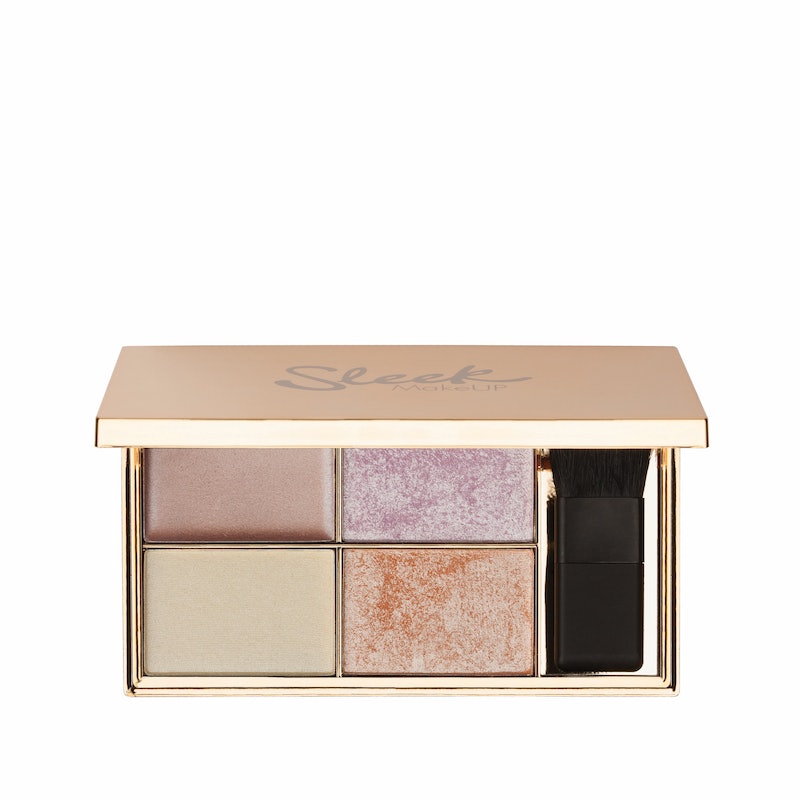 I love to scope out and discover new and hard-to-find European beauty brands. I love it even more when said brands crash domestic shores, since ordering them from overseas isn't always the easiest endeavor. Beloved UK brand Sleek Makeup is coming to the U.S this summer and the fast-growing brand, which caters to all skintones, is hitting major retailers. Therefore, it will be easily accessible to beauty junkies and product obsessives. According to Women's Wear Daily, Sleek will be sold via Ulta and Walgreens at first, and will eventually settle in at Target.

As of Thursday, Jun. 1, you can shop Sleek Makeup at Ulta. There are now 23 palettes exclusively available on the brand's site. Walgreens will join the Sleek Makeup party on Jul. 1, with products cruising onto the brand's site. Sleek is expected to be in 300 physical Ulta locations, which will stock 61 products in stores along with 69 products online, and at 245 Walgreen's outposts by August.

All told, 152 Sleek Makeup items will be available for purchase in the U.S., per the press release Bustle received from Sleek's team.

Target will get involved later this year, selling Sleek products on its site, according to WWD.

So, what is all the fuss about? Let's have a look at some of the most amazing products that Sleek has to offer, shall we? Judging from the visuals, the products are richly pigmented, on trend, and look to offer intense color payoff. The Solstice Highlighter, pictured above, is a fan fave.

"When the Sun Goes Down" Eye Shadow Palette, $13, Ulta

Palettes are a massive part of the Sleek universe.

So are the Cream Contour kits.

The brand also has plenty of sexy shades in its Major Matte liquid lippie range.

Sleek is so on trend with its velvety, cream lippies.

Lip Star lipsticks come in plenty of shades and a semi-matte texture.

This black liquid liner speaks to me. Hopefully it eventually makes it to my lids, as I have been lusting over it on the brand's site. There are plenty more products in the Sleek U.S. repertoire, though.

The Blush by 3 sets are killer!

Brows are also part of the U.S. launch. There are plenty more products and colors soon to line U.S. retail shelves.

I'm so ready to play with Sleek products. To recap, there are palettes on the Ulta site as of right now. Walgreens will introduce tons of products on its site as of Jul. 1. Ulta and Walgreens will sell products in stores by August. It's a staggered rollout. All. Beautiful. Things.