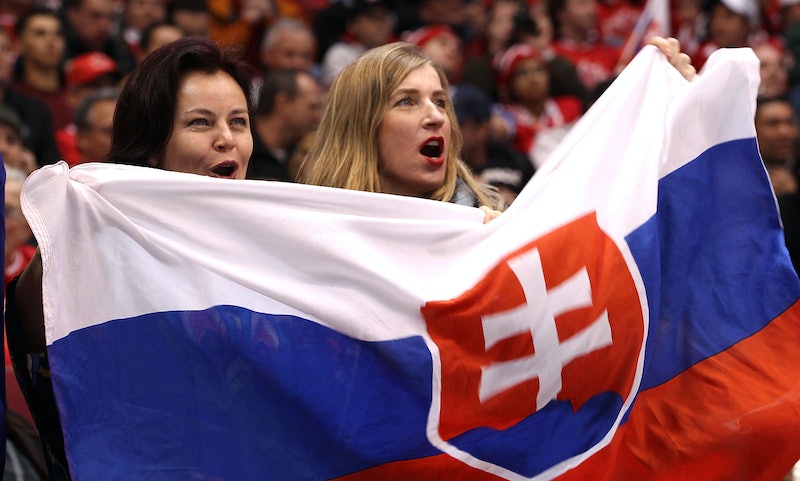 On Saturday, history was made in the eastern European country of Slovakia. Zuzana Čaputová became Slovakia's first woman president after running a campaign focused on progressivism and optimism. Čaputová will begin her five-year term in June.

As The Guardian reported, Čaputová, a member of the liberal Progressive Slovakia party, won Saturday's election after receiving 58.4 percent of the votes. Her campaign largely centered on advocating for progressivism in a way that didn't deride her political opponents. Čaputová stressed this message of cooperation during a speech she gave in the country's capital on Saturday, per The Guardian:

Let us look for what connects us. Let us promote cooperation above personal interests ... I am happy not just for the result, but mainly that it is possible not to succumb to populism, to tell the truth, to raise interest without aggressive vocabulary.

At another point during her address, Čaputová noted that she wanted to bring "fairness" back into politics in Slovakia. "Maybe we thought that justice and fairness in politics were signs of weakness,” she said via the New York Times. “Today, we see that they are actually our strengths. We thought that the barrier between conservative and liberal is unbreakable, but we managed to do it.”

During an interview with the New York Times prior to the election, Čaputová, a political newcomer, explained that she was inspired to get into politics following a series of events earlier this year. As the paper noted, in February Slovak investigative journalist, Ján Kuciak, and his fiancée, Martina Kusnirova, were murdered because of Kuciak's work looking into corruption in the country. Following these murders, many Slovaks took to the streets to protest and seek to hold power to account, the New York Times indicated. Čaputová said that seeing this activism helped encourage her to run for office. "People are feeling frustrated and disappointed and are yearning for change," she said to the paper. "Some candidates have chosen to exploit this fear. But for me, using the emotions of hatred and fear is destructive.”

As CNN noted, Čaputová is a lawyer by trade and never ran for office before deciding to pursue the presidency. However, Čaputová has a history of legal advocacy, having spent 14 years working to stop a Slovak company called Kocner from constructing an illegal landfill in her hometown, Reuters revealed. In fact, the outlet noted, her victory against the company prompted some to begin referring to her as “Slovakia’s Erin Brockovich," a nickname referencing the American legal clerk who famously spearheaded a case against a company that contaminated drinking water in a California town.

Over the weekend, many in Slovakia commended Čaputová for her groundbreaking victory — including her opponent, Maroš Šefčovič. The Guardian reported that Šefčovič said he had called Čaputová to congratulate her and also planned to send her a gift to mark her historic victory. “The first female president of Slovakia deserves a bouquet [of flowers]," he said, per The Guardian.

When Čaputová's term begins in June, it's clear that she plans on taking the country in a new direction. While the prime minister oversees daily government functions in Slovakia, the president oversees some judicial appointments and directs the military, and can also veto legislation, The Guardian noted. As a result, Čaputová could stand to have great influence on the trajectory of the country — an influence many Slovak voters are likely anxious to see unfold.