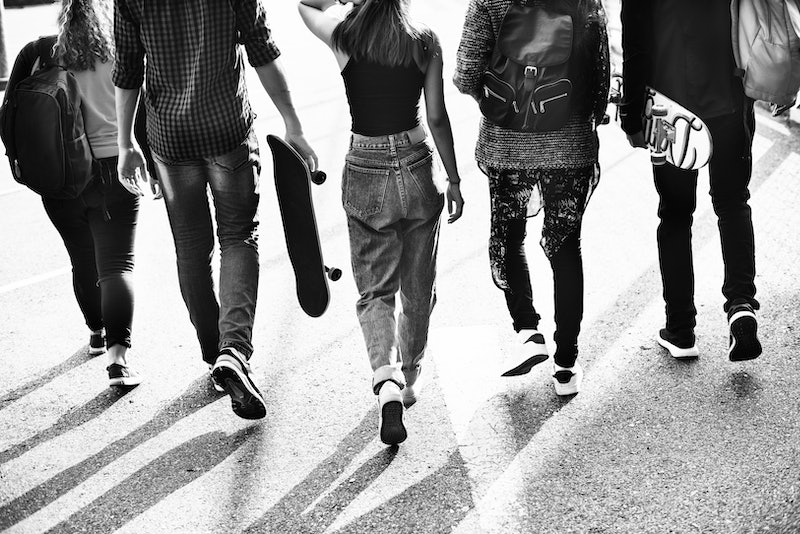 As members of Bustle Digital Group’s Trends Group, which keeps a pulse on culture and consumer insights for all of BDG’s properties, we get this question from so many people and partners, including tech brands, clothing retailers, media agencies, beauty companies, and everything in between. So we decided to find out the answer in a new survey of 500 members of Gen Z (defined as ages 18 to 24), as well as 500 millennials (defined as ages 25 to 34).

In the survey, which was conducted over the summer of 2018, we asked about attitudes on social and political action, leadership, and who is best suited to create change in the United States. Our results showed that Gen Z is ready to lead: When asked which generation they believe is in best position to lead our country, nearly half (48 percent) answered “my generation.” And they feel they’re going to have to do it on their own — an astounding 83 percent told us that they don’t feel the previous generation has done an excellent or above average job paving the way for their generation.

The survey also showed the skills Gen Z believes it possesses to lead. Compared to millennials, Gen Zers are 21 percent more action-oriented, 22 percent more globally minded, and 22 percent more entrepreneurial. And they’re earning their stripes as the activist generation: According to our findings, 64 percent of survey respondents said they have taken at least one political action in the last year, compared to 53 percent of millennials who reported the same. Over 41 percent of the Gen Z survey respondents said they post their political thoughts on social media, 32 percent reported volunteering for a cause, 31 percent reported making a donation to a cause or non-profit they support, 15 percent said they wrote to a political representative in the last year, and 17 percent said they started or joined a political or cause-oriented group on social media in the last year.

We also found in our survey that Gen Z demands much more from institutions than previous generations, and see the decisions they make as a reflection of their core values. And the survey also pulled back the curtain to the causes they hold dear: Out of more than 20 causes presented to them in the survey, they cared most about LGBTQ rights, immigration rights, pro choice rights, partnership without legal marriage, and feminism.

As for the findings of our focus group, we partnered with Culture Co-op, a boutique research agency focusing on cultural trends, to ask 10 Gen Zers from across the country to create a video about a topic they feel defines their generation. We received incredible videos delving into tough issues like climate change, gun control, social media, and the “Kaepernick effect” for the chance to win a monetary prize and be featured on Bustle.

The winning video was created by Lily Riccio, a 15-year-old from Connecticut, for her comprehensive storytelling about Gen Z activism and how mobilizing socially is a defining characteristic of the generation. Lily is the creator of Power of a Girl, an online platform filled with profiles of inspiring women. You can check out her video here:

If there’s one thing that’s clear from the results of the survey and video competition, it’s that if you want to know what Gen Z really thinks, all you have to do is listen -- because they are talking.