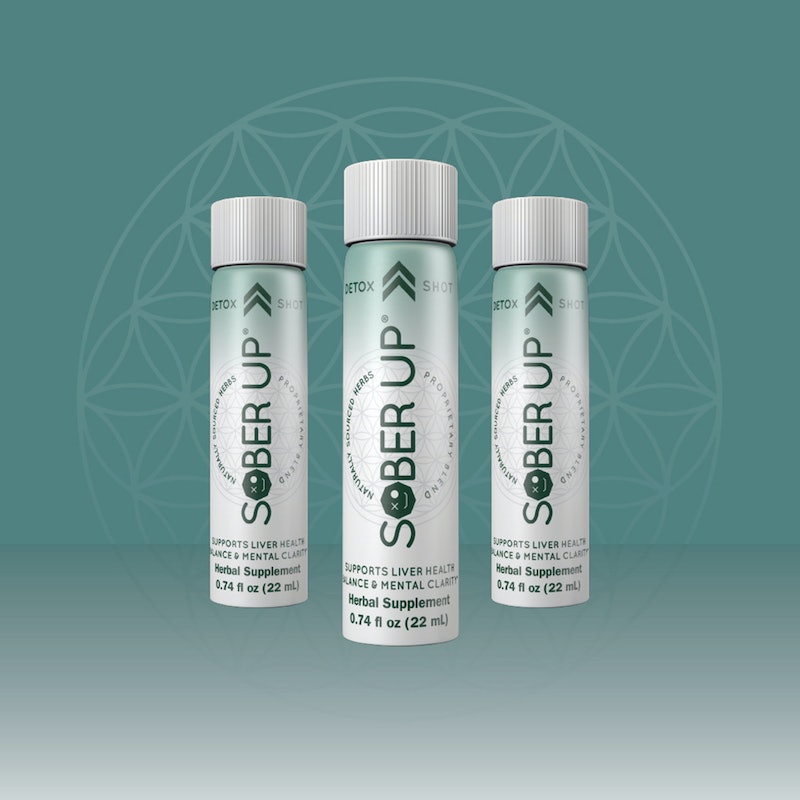 Red Bull has been trusted by many for midday pick-me-ups for decades. Since its introduction to the market in the 1980s, it's become such a household name that very few people don't recognize its motto, "Red Bull Gives You Wings". But what if you've had enough time up in the ~sky~ and need to simmer down a bit? Former Red Bull UK CEO Henry Drnec is introducing a drink that seems to be the antithesis of Red Bull. Energy drink connoisseurs, keep an eye out for Sober Up, a detox drink intended to prevent hangovers and promote liver heath.

Launched through an IndieGogo campaign, Sober Up is intended to appeal to those who want to enjoy alcohol, but want to consume it in a responsible way. Per its IndieGogo campaign page, "Sober Up is a detox shot made from naturally sourced ingredients. Our powerful blend detoxes the body, supports liver health and helps prevent hangovers. Sober Up works and works fast. Take it before, during or after drinking to help prevent a hangover. You can also take it anytime for a general detox and to support liver health. Join us on our mission to help people enjoy life responsibly and feel great."

Sober Up contains a wide array of natural ingredients known for their detoxification processes and antioxidant value. Medline Plus, of the U.S. National Library of Medicine, explains antioxidants are known to prevent cell damage. Detoxing, on the other hand, is the process of purging a substance from your body. In recent years, the term has been associated closely with things like juice cleanses and hot yoga.

You might recognize some of the ingredients of the shot; turmeric, ginseng, and peppermint stand out. Turmeric is known for its anti-inflammatory properties, and for supporting liver function. Ginseng is also known to reduce inflammation, and peppermint is a well-documented antiemetic (meaning it reduces nausea). Another key ingredient is wormwood, which, depending on who you ask, may be mistaken as a potion ingredient from the cabinets in Hogwarts. In reality, WebMD explains, people use wormwood to help with digestive issues; it is used as an appetite stimulant and for inflammatory bowel disorders like Crohn's disease.

"For the first time in my career, I am working on a new product that was created to help people," said Drnec in a press release. "The naturally sourced ingredients in Sober Up don't just treat the symptoms of a hangover, they actually treat the cause of a hangover, which is too much alcohol in your system for too long."

It's important to note that these claims haven't been approved by the FDA or subjected to any formal research or testing — and the drink itself still has yet to hit the market. But the detox shot has components that might help you feel better, even when you don't have a hangover. Next time you're tempted to reach for some caffeine after a rough night, you might want to give something like Sober Up a try — but most importantly, make sure you make it a priority to hydrate before, during, and after consuming alcohol, regardless of whether you're trying something new.