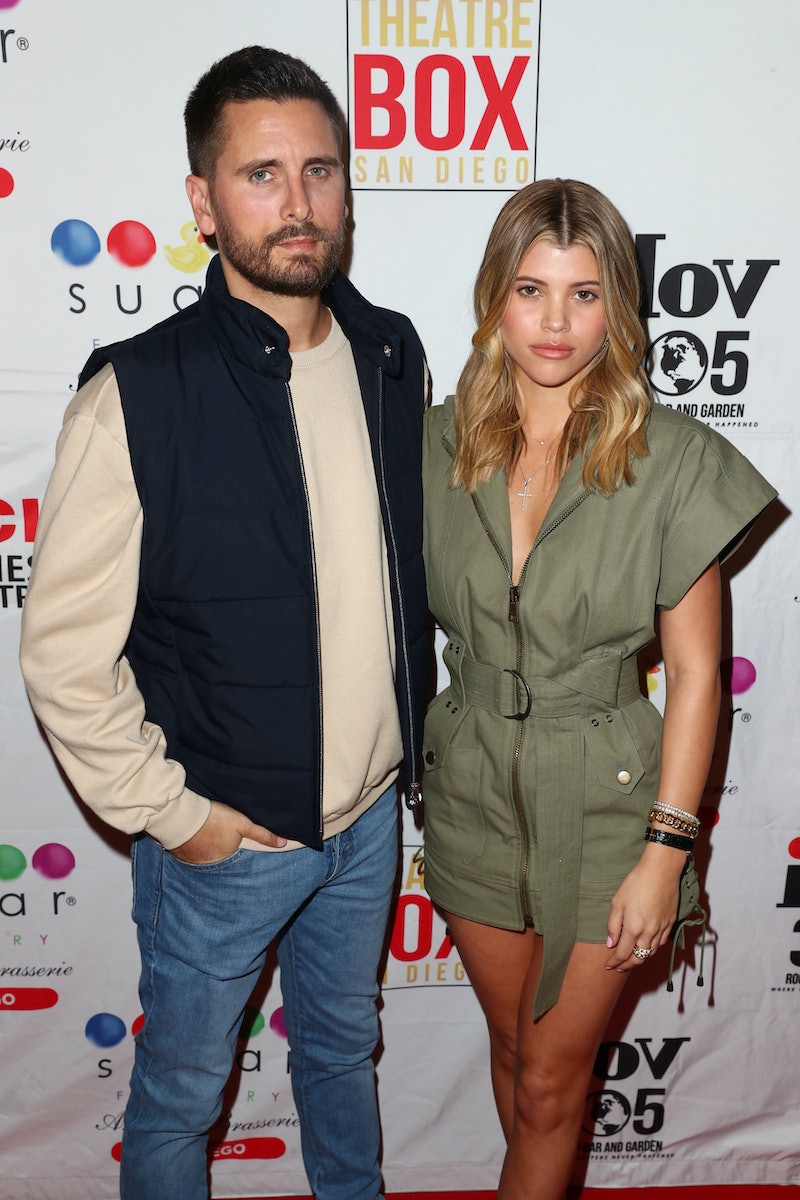 The newest season of Keeping Up With the Kardashians may be on the horizon, but you won't find one famous face on the reality TV series when it premieres on March 31. Sofia Richie will not appear on KUWTK Season 16, she recently revealed to Us Weekly, and the reason behind that move is totally understandable.

During an appearance at the Sugar Factory with boyfriend and longtime KUWTK star Scott Disick, Richie was asked about the possibility of appearing on the E! series. But as previously mentioned, anyone hoping to see her on the show may be disappointed to hear that she's not going to be on the upcoming season. “Not that I’m against it, [but] I’m just very private,” she told the publication. Given the nature of the reality series, which follows basically every major moment featuring the KarJenner family, it's easy to see why Richie would be a little averse to appearing on the program if she wants to maintain her privacy.

In the same interview, Disick told Us Weekly that he's incredibly supportive of his girlfriend's decision to keep her private life exactly that — private. He said, "Everyone has their own choices and nobody should have to do anything they don’t want to do … It’s her choice." No lies detected there.

If Richie ever changed her mind about being on the show, she'd pretty much fit right in on Keeping Up With The Kardashians. After all, she already gets along rather well with the famous family. In late December 2018, she joined Disick; his ex-girlfriend, Kourtney Kardashian; and the former couple's three kids that they share together during a Mexican getaway.

According to Us Weekly's eyewitness, who spotted the trio and the kids — Mason, Penelope, and Reign — at a restaurant in Mexico, the blended family appeared to be having a great time together. "The family dined on lobster and steak and seemed to be having a really good time,” their source claimed. "A mariachi band came to their table during dinner and serenaded the family with ‘Feliz Navidad.'”

On Instagram, Disick even highlighted their family vacation by posting a photo of him, Kardashian, and Richie on Dec. 23. He cheekily captioned the snap, "What more can a guy ask for. THREE’S COMPANY." So, it's clear that Lord Disick's new girlfriend has definitely been welcomed into the KarJenner family fold.

Additionally, Richie tagged along on another Kardashian-Jenner family vacay in late December when they went to Aspen, Colorado, according to People. The publication reported that the model hit the slopes and the shops with her boyfriend's ex-girlfriend's fam, including Kardashian, Kim Kardashian, Kendall Jenner, and Kanye West.

Even though Richie has clearly been welcomed into the KarJenner family, and she has been on more than a few fun outings with them, that doesn't mean you'll catch her keeping up with the crew on Season 16 of KUWTK. Instead, she's going to simply be living her best, private life, totally offscreen.