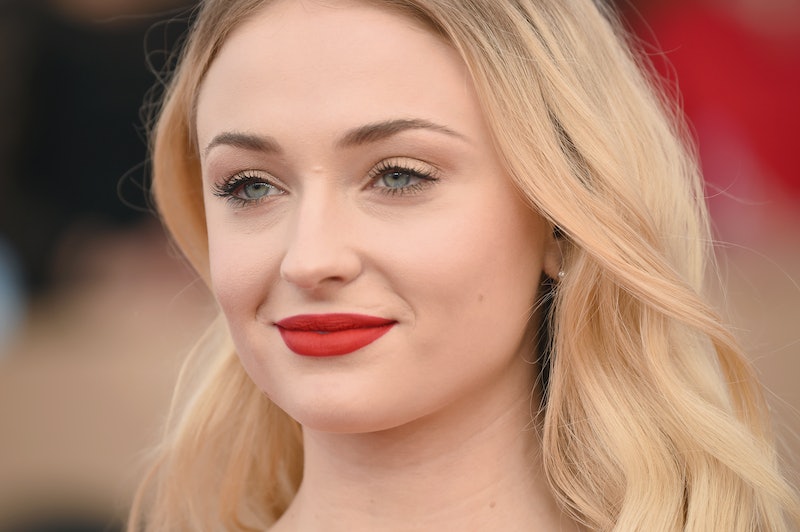 In response to a tweet from conservative pundit Piers Morgan, Game of Thrones star Sophie Turner tweeted a powerful thread about mental health, Mashable reports. First, some background: This started when English actor Beverley Callard tweeted that celebrities are making mental illness "fashionable," to which Morgan wrote that Callard’s comments were “100 percent true.” Turner then chimed in to say that, rather than shaming celebrities who speak out about mental illness, it’s important to recognize that these efforts are needed to help break mental health stigma.

“Maybe they have a platform to speak out about it and help get rid of the stigma of mental illness which affects 1 in 4 people in the UK [sic] per year. But please go ahead and shun them back into silence,” Turner wrote on Jan. 9. Turner then went on to separately tweet in four parts about the dangers stigma can pose, saying "If we can just all speak out about our experiences or our loved ones experiences we can help other people who suffer with mental illness not feel so alone. Let’s keep this dialogue going."

The National Alliance on Mental Illness (NAMI) says that mental health statistics show that approximately one in five U.S. adults are affected by mental illness each year, while one in 25 experience symptoms serious enough to hinder functioning. Consequences of mental health stigma include people lacking access to potentially life-saving treatment, either through a dearth of social support, or shaming that keeps them from seeking help, NAMI says. Untreated mental health conditions put many at risk of suicide, NAMI also reports, and suicide rates have increased by 30 percent since 1999, according to the Centers for Disease Control (CDC).

NAMI explains that celebrities who speak out about mental health are helping to shift the cultural landscape away from stigma and towards more awareness, acceptance, and inclusion. When fans see that a celeb is coping with, and speaking up about, living with mental illness, their own personal experiences may seem more manageable and valid. “Through these influential narratives, we truly do have the ability to witness change happen in a unique way, one person, one fan at a time. Now, more than ever, we see the clear evidence of our society changing.”

Psychology Today wrote in 2012 that research shows that celebs ‘coming out’ about mental illness does have a beneficial impact, with more people seeking mental health treatment as a result. “Stigma research has shown that the telling of positive stories about living with mental illness significantly reduces the myths of mental illness. When the public learns about a person who lives with a clinical disorder, manages it well and experiences a rewarding life, stigma is reduced,” Psychology Today notes.

Speaking out about stigma is key when it comes to coping with mental illness, the Mayo Clinic says. By speaking up when it's safe and possible to do so, getting adequate support for the management of mental health conditions becomes more possible.

Turner’s tweets reinforce the notion that celebrities talking about mental illness should be encouraged. Given the potential benefits — like more people with mental illness getting treatment — speaking up via a public platform is a powerful way to help stop stigma, lessen isolation, and reach those who might not otherwise have adequate support.