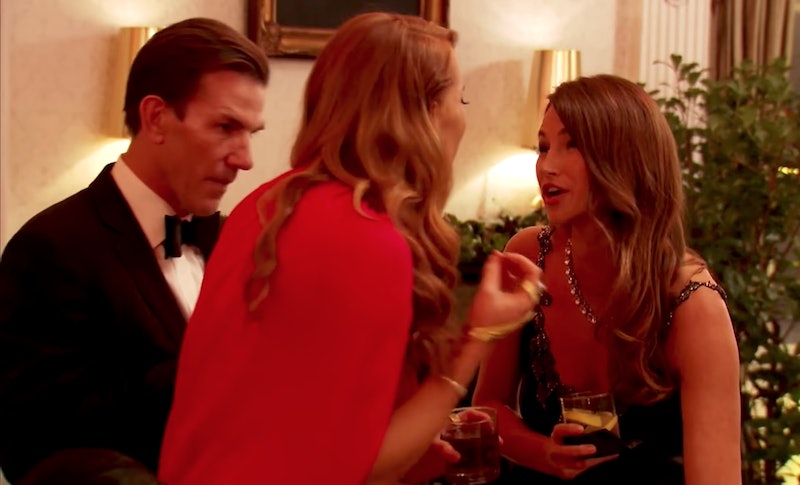 It's no secret that drama very much exists between many of the Southern Charm stars, but Landon Clements and Kathryn Dennis seem to have more issues than anyone else. The two Bravolebrities haven't had any scenes together this season (yet), but that doesn't mean there isn't still tension between them, which is something that Clements makes very clear.

"If the audience saw how Kathryn carried on, I don't think she would have any fans, to be perfectly honest," she tells me over the phone.

As Clements sees it, most everyone in the Southern Charm cast is super close, save for Dennis, who she thinks is only out for herself. "All of us are like a big family and we look out for each other and take care of each other," she says. "I think Kathryn's main goal is just herself."

The Trovare website creator definitely doesn't hold back about how she feels about Dennis, including the way the mother of two is treated compared to her former partner, Thomas Ravenel. For the past three seasons, it seems like Dennis has received much harsher criticism than T-Rav, who, like his ex, has made his fair share of mistakes. Some — Kathryn included — might even say there is a double standard when it comes to the way Dennis is judged. But Clements doesn't agree with that assessment and says, "There's a lot that goes on that you don't see behind the cameras."

Clements also doesn't deny that she and Dennis are not friends currently. "I would say there is still quite a bit of [discontent] there. You can probably judge from her Twitter account how she feels about me."

And the tension between them will soon come up in Season 4. As shown in the trailer, there is an interesting conversation between Dennis and Cameran Eubanks. "That changes my whole opinion of Landon," Eubanks is seen saying. "That’s something you just don’t do."

Despite whatever drama is ahead, Clements tries not to let any of it affect her, especially if it comes from Dennis. "But, you know, Kathryn, she wants to blame everybody for the situation she's created for herself and I'm an easy target and I can also just let it roll off my back," she says. "I don't really know what else to say about it."

That said, Clements does wish Dennis the best. "She's got a lot going on right now and just needs to focus on getting well," she says. "I hope she's able to do that."

There you have it. Clements and Dennis probably won't ever be friends, but to see how their relationship evolves in Season 4, be sure to tune into Southern Charm on Mondays at 9 p.m. ET on Bravo.