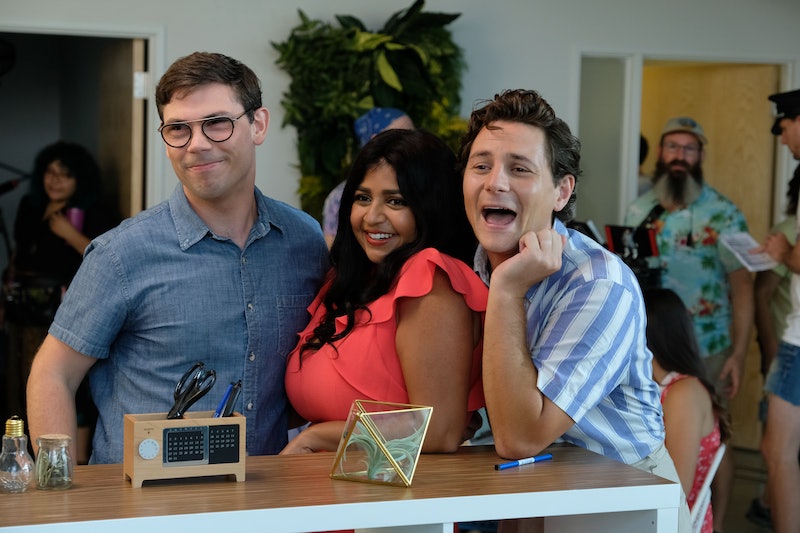 Though Netflix only recently renewed Special for Season 2, star and creator Ryan O'Connell — whose 2015 memoir I'm Special: and Other Lies We Tell Ourselves serves as the basis for the show — already has plans for the new episodes. During an interview with Vulture in April, O'Connell said that while Netflix was the perfect home for Special's NSFW language and frank sex scenes, he wasn't thrilled about Stage 13, the digital content company working in tandem with the streaming giant, deciding to make each of Season 1's eight episode only 15 minutes. For Season 2, O'Connell said he wants half-hour episodes.

"I'm a half-hour bitch, okay? That's what I know," he told the outlet. "Honey, I don't go chasing 15-minute waterfalls. I stick to the rivers and lakes that I'm used to, and that is a 30-minute show, okay? I'm actually really glad that Netflix bought it as is, because if they wanted to do a half hour, I'd have to rewrite the entire series and that would not be fun. But for Season 2, mama wants a half hour!"

And that's not his only plan for the show's future. "In Season 2, ideally, I wanna show a lot more gay sex," O'Connell continued. "It will all have to serve the story, but I wanna normalize gay sex, and I wanna show different flavors of sexy other than Queer As Folk porny whatever."

In Season 1, Ryan started an internship as a writer at a viral content mill company and used his experience of being hit by a car to get clicks. His co-workers assumed the accident was the reason for his limp, and while it is in fact from his cerebral palsy, he didn't correct them. Soon, he became friends with Kim, an Indian woman trying to navigate a space where she is disproportionately surrounded by thin, white women.

Ryan then decided to move out from his mother's home, where he's lived his entire life. And though it wasn't the smoothes start, he did begin to grow into a confident man — and eventually tell his co-workers the truth. Season 2, then, should show him living a more open life, and if O'Connell gets his wish, having even more sex.