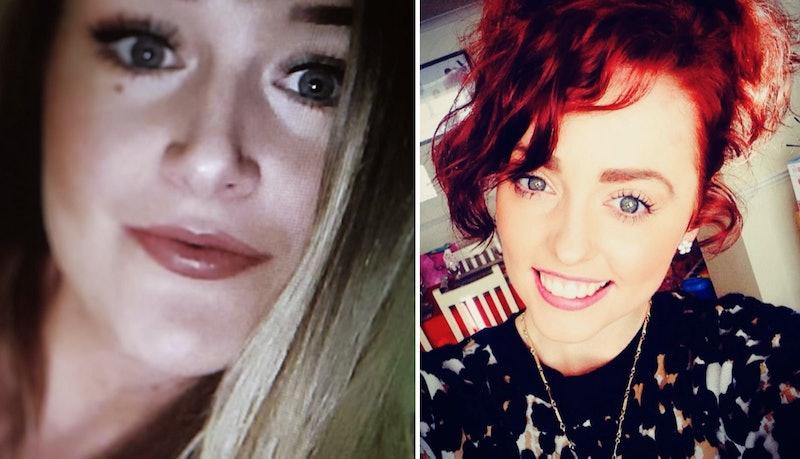 On Feb. 5, a new Channel 5 series aired that left a lot of viewers feeling emotional, me included. The three-part documentary series, Stalked: Murder in Slow Motion, aims to explore the impact of stalking on women. Focused on the UK, it details the horrific deaths of three women who were stalked and murdered by their ex-partners.

The first episode told the story of 23-year-old Molly McLaren. In June 2017, her ex-partner Joshua Stimpson stabbed her 75 times in a car park in Kent, the BBC reports. She died from her injuries. Stimpson — who was later convicted of murder and sentenced to life in prison with a minimum of 26 years — had been stalking McLaren since the couple had split two weeks before her death.

During the trial, it was revealed that Stimpson had a history of stalking behaviour, writes the Guardian. (As the Independent reports, McLaren had reported Stimpston to the police after he posted derogatory comments about her on social media, and an officer contacted him.) Sadly, McLaren isn't the only woman to have lost her life at the hands of an ex-partner.

The next episode in the series, which airs on Feb. 12, focuses on 20-year-old Hollie Gazzard. In 2014, the BBC reports, Gazzard was murdered in the Gloucester hair salon where she worked by her ex-partner Asher Maslin. The Daily Mail reports that, in the years prior to their relationship, Maslin had been arrested 23 times for offences including domestic violence. Gazzard had reported him to the police for theft only three days before her death. Maslin was later sentenced to life in prison with a minimum of 24 years.

Clare Bernal, 22, is the subject of the third and last episode. As the Telegraph reports, her ex-partner, Michael Pech, shot her in the head in Harvey Nichols in 2005 before turning the gun on himself. At the time of the murder, Pech was out on bail after pleading guilty to harassing Bernal.

Each episode tells the stories of these women by speaking to close friends and family. Amy Lee, a friend of McLaren's who appears in the documentary on behalf of the family, told Kent Online: "We decided to take part in the documentary in the hope that we could raise better awareness of cyber stalking and to highlight the dangers associated with it." Lee continued:

"With the rapid growth of technology there are some serious legislation changes that are needed to keep people safe and we hope that by highlighting those very dangers, that we can encourage more people to support them."

An investigation carried out by Broadly revealed that 49 women in the UK had been killed by their partner, ex-partner, or stalker in the three years prior to the piece's publication in July 2018, despite the fact that each woman had previously reported the individual to the police.

Earlier this year, Clare's Law was put in place. Also known as the Domestic Violence Disclosure Scheme, it was named after Clare Wood, who was murdered by her ex-partner George Appleton in 2009. Appleton had a history of violence against women, reports the BBC.

The legislation gives people the right to ask the police if their partner poses a risk to them. Members of the public can also ask about the partner of a family member or close friend. If the person in question has a record of violence or abusive behaviour, the police can share this information.

If you are affected by any of the issues described in the series, Channel 5 has put together a list of resources that can provide advice and support.