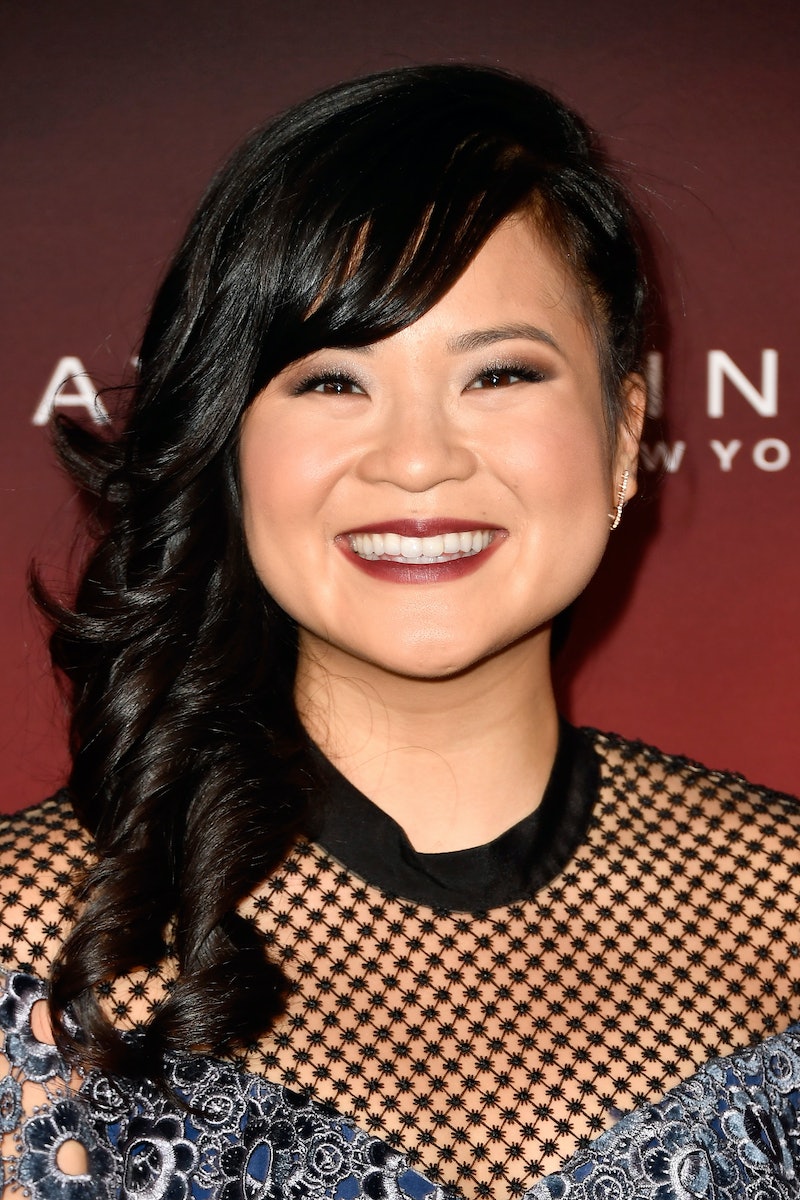 You've surely heard of the latest Star Wars film, Star Wars: The Last Jedi, which is set to be released Dec. 15. And if you're looking forward to the film, then you really need to acquaint yourself with Kelly Marie Tran's Instagram. Not only is this Tran's first major movie ever, but the 28-year-old actor, who plays Rose, is the first Asian-American woman to score a leading role in a Star Wars movie, according to Entertainment Weekly. She is pretty fantastic, which is proven in her Instagram account. Basically, you need to follow her — stat.

Tran is relatively new to the social media platform and shared her first post on Oct. 6. She only has 26 Instagram posts (as of the publication of this story), but despite her being a rookie, you would never know it. She has already figured out how to attract followers through her amazing photos and lengthy captions. Regarding the latter, Tran accompanies most every image with at least a paragraph. That might be a turn off for many, but before you write off Tran's Instagram completely, you need to read what she has to say. After only reading through one of her captions, you will quickly become a fan.

Tran "avoided public social media for a long time purely because I was afraid," she revealed next to a selfie of herself with no filter and without makeup on Instagram Oct. 15. She wrote, "I was terrified of being picked apart, of being scrutinized, of being seen. It took me a year of self-work — and some really amazing, supportive friends — to make me realize that it's none of my business if people like me or not. It doesn't change my goals, my dreams, what I want to do with the opportunities I've been given." You can read the rest of her uplifting caption below.

Do you already see why her Instagram is so great? She somehow inspires with every single photo she decides to share with the world.

Becoming this famous isn't something she ever expected, and she's still getting used to it. As Tran told People in October, "I just still can’t believe it’s all happening. I keep having to remind myself that I’m in a movie. I’ll just go to LA Fitness and go to Ralph’s and go to the grocery store — and nobody knows who I am. Then I come to these events and I’m living this weird Hannah Montana life."

Tran is a treasure in all areas of life, but especially on Instagram. And here's why you must follow her immediately.

Her Reaction To The Last Jedi Trailer

And she's holding a stuffed Porg!

She Has Fun At The Disney Store

Tran probably won't be able to do this for very much longer without receiving attention, because her fame status is about to blow up.

Who else wants to be her best friend?

When She Goes To A Pre-Press Tour Meeting

She wore her Monsters Inc. sweater and pretended she was Boo. SHE IS EVERYTHING.

She Made A Porg Halloween Costume

The Boomerang speaks for itself.

How She Does Press Events

She understands that comfort is key.

You must read this caption and watch the video before looking at the next IG.

Who else wants to go make their dreams a reality now?

See why she's rocking Instagram? People have taken to social media to express just how much they cherish Tran. They believe she is one of the greatest things to have happened to the platform in a really long time. They aren't wrong.

These are very true words.

This Person Gets It

They hit the nail on the head.

"Protect Her At All Costs"

Her Representation Deserves An Applause

Kelly Marie Tran, thank you for the goodness you are bringing into this world — and on Instagram. You are a refreshing beacon of light.