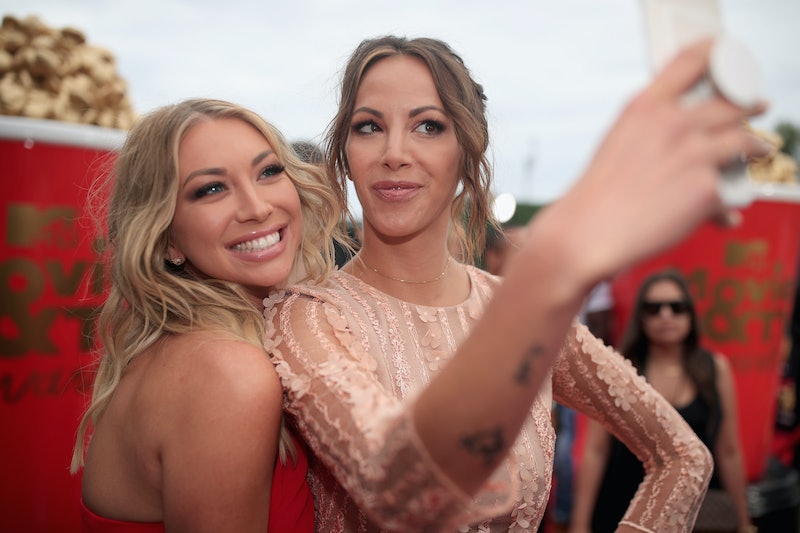 Sometimes an apology just isn't enough. A Bravo spokesperson confirmed to Variety that in the wake of their racist actions against former fellow costar Faith Stowers, Vanderpump Rules has decided to fire Stassi Schroeder & Kristen Doute from the series, meaning the two of them won't be returning for any future seasons. Bustle reached out to reps for Stassi and Kristen for comment, but did not receive an immediate response.

Last week, Faith revealed that both of the original cast members had once called the cops on her and attempted to have her arrested for a crime she didn't commit. Stassi and Kristen have since issued statements about the incident, apologizing for their actions on their separate social media accounts over the weekend.

Stassi took to Instagram stating that it was "important to take accountability" for her racially insensitive behavior, adding, "I did not recognize then the serious ramifications that could have transpired because of my actions. What I did to Faith was wrong. I apologize and I do not expect forgiveness." Meanwhile, Kristen echoed a similar sentiment, stating that her actions "were not racially driven," but that she fully understands why they were wrong, noting, "I am now completely aware of how my privilege blinded me from the reality of law enforcement's treatment of the black community, and how dangerous my actions would have been to her."

However, it seems the damage has already been done, and the series no longer wishes to associate with either reality star. In addition, Bravo also confirmed that new cast members Max Boyens and Brett Caprioni wouldn't be returning to Pump Rules, after a series of racist tweets made by both of them were uncovered earlier this year, though the network's statement did not officially confirm the reason for their firing. “Bravo and Evolution Media confirmed today that Stassi Schroeder, Kristen Doute, Max Boyens and Brett Caprioni will not be returning to Vanderpump Rules," Bravo said in an official statement, as per Variety.

This news comes just one day after Stassi was dropped by her agency, UTA, as well as her public relations firm, Metro Public Relations, in the wake of her past treatment of Faith. “She became a client when her publicist joined our company in July 2018. We made the decision this weekend to part ways with Stassi," the PR firm told Variety on Monday, June 8.

With so many protests happening all across the country in support of the Black Lives Matter movement, it's encouraging to see Bravo take such a zero tolerance stance against racist behavior. Perhaps this will also inspire the series to diversify its mostly all-white cast in the coming seasons and create some real positive change in the world of reality television beyond just this one instance.

More like this
Everything To Know About Schwartz & Sandy's, Vanderpump Rules' Newest Bar
By Brad Witter
Vanderump Rules’ James Kennedy Already Called His Girlfriend Ally “The One”
By Brad Witter
Erika Jayne's Estranged Husband Tom Girardi Has Been Indicted On Fraud Charges
By Jake Viswanath
'RHOSLC’s Heather & Whitney Are Still On A “Friendship Break” After Season 3 Reunion
By Jake Viswanath
Get Even More From Bustle — Sign Up For The Newsletter
From hair trends to relationship advice, our daily newsletter has everything you need to sound like a person who’s on TikTok, even if you aren’t.