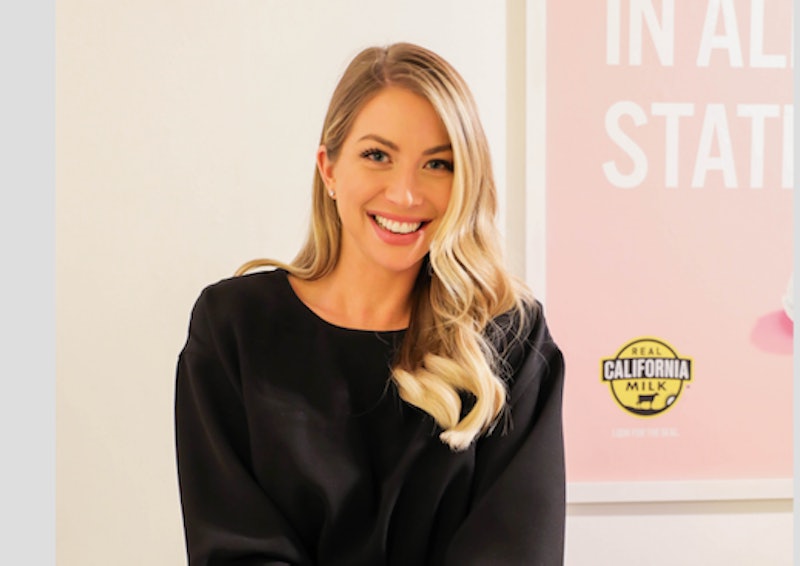 Vanderpump Rules may be in its eighth season, but in many ways, it's the start of a new era for the show. Not only is there a new crop of messy 20-somethings navigating love and work at SUR, but the lives of the original Pump Rules cast look a lot different now than when we first met them seven years ago. As the OG crew takes big steps to plan for their future, we asked longtime fan favorite Stassi Schroeder to predict where she thinks everyone will be 10 years from now.

She knows that she and Tom Sandoval will probably never be close ("I feel like in a past life maybe I murdered him," she tells Bustle), but is less sure about her friendship with Kristen Doute. "I hope that we get to a point where I feel comfortable having her [at my wedding]," she says of their recent tension. "But that just doesn't make sense to share the most important day of my life with somebody who is angry with me."

The rest of the cast, however, she has some firmer opinions about. Read on for her predictions below — and find out which Real Housewife she wants to model her life after (spoiler: it's not Lisa Vanderpump).

In 10 years, Stassi thinks Schwartz and Katie will basically be doing exactly what they're doing now, but hopefully with an added profit. "I think Katie and Schwartz are going to find a way to capitalize on the fact that they love to chill out," she says. "They love to just chill on their couch or in their bed, watch reruns of Friends and just live the chilling life. And that is a brand right there."

Sandoval and Ariana, meanwhile, will be doing the opposite of lounging around. "I would give [Tom and Ariana] a travel show that was about trying different cocktails all over the world," she says. "That would be cool. They could become famous mixologists."

Stassi sees a lot of dairy in the newlyweds' future — or hers, depending on how things go. "If [Jax and Brittany] don't capitalize on this beer cheese sh*t and have a farm in Kentucky and own a factory, I'm going to do it. I love cheese and dairy so much."

"I feel like James will still be DJing at SUR," she says, not even trying to hide the shade.

Despite their recent friction, Stassi wants the best for Kristen. "I hope in 10 years that she's in the healthiest relationship of all of us," she says. "I hope that she ends up just finding some billionaire to marry who's actually nice, then has lots of babies and she doesn't need to do sh*t. That'd be a good route for everyone, let's be honest."

Though Lala is already living the dream in Stassi's eyes, she thinks Lala will keep growing in another field. "Lala is so passionate about being an actor and Randall is finally directing his first film after producing so many," she says. "If they commit to working together, I feel like they could be making huge award-winning movies and really sweeping Hollywood."

Stassi thinks Scheana is going to channel her inner diva. "I think Scheana could be performing at a show in Vegas," she says. "Scheana loves Vegas, she loves performing. Give her a little side show and she would own that sh*t." Hearing "Good as Gold" live in Vegas? We would be so lucky.

Out of everyone in the cast, Lisa is the easiest for Stassi to make a prediction about. "She will be exactly where she is now and just making more and more money by each year that goes by."

And Finally, Her and Beau

Following their upcoming wedding, Stassi thinks she and Beau will still be married — and with kids in tow. But she also wants to follow in the footsteps of a certain Real Housewife. "I'd like to be the next Bethenny Frankel," she says. "I need to come up with a product to sell for a billion dollars."

More like this
Everything To Know About 'RHONY' Season 14
By Jake Viswanath and Alyssa Lapid
Everything To Know About Danna Bui-Negrete From 'RHOSLC'
By Jake Viswanath
We’ve Got A Text! Another 'Love Island' Series Is On The Way
By Darshita Goyal
Meet Jungle Runner-Up Owen Warner's Equally Handsome Brothers
By Sam Ramsden
Get Even More From Bustle — Sign Up For The Newsletter