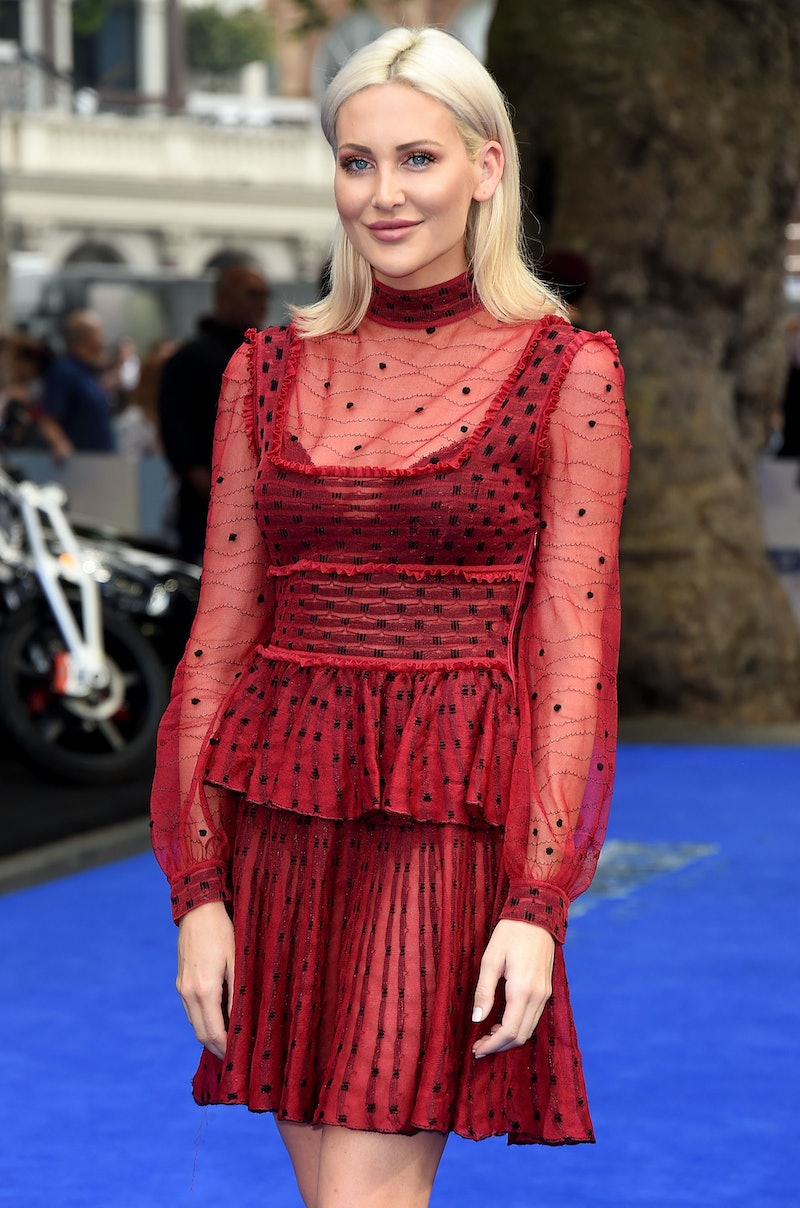 The Hills may be experiencing new beginnings, but it seems that the feuds are not slowing down anytime soon. Stephanie Pratt just called out The Hills cast on Instagram, and absolutely nobody was safe — except for Justin Bobby, because all roads lead back to Justin Bobby (every Hills fan knows this to be true).

Late on Tues. July 23, The Decider proclaimed on Instagram that Stephanie was carrying this season of The Hills: New Beginnings. The reality star reposted the praise on her own Instagram, seemingly agreeing with the site. "Drama follows me," she remarked, before using the opportunity to vent about her time on The Hills: New Beginnings and her co-stars. Specifically, she went after her "evil" brother Spencer Pratt, his "awful" wife Heidi, and her now-former friend Audrina Patridge, and she held nothing back.

"I’m drained from this year. So happy to be back home in London, where evil siblings don’t exist... but instead the MOST lovely people in the world- you guys are my family these days. I am so grateful, it makes my heart hurt. Thank you for making me feel like I belong somewhere," Stephanie began her post, before adding, "(Spencer often screamed that everyone hates me, is fake nice to me and to go back to London because no one wants me here)."

Of course, she couldn't come after Spencer without also calling out his wife Heidi. She even brought up something that the controversial reality star apparently did 10 years ago, hinting at Heidi and Lauren Conrad's famous feud by paraphrasing the notorious "I know what you did" line:

"Heidi- I have no words for how evil you truly are- you had no choice to admit all of the lies you’ve been spewing about me was for a magazine cover. ...And for real WE ALL KNOW WHAT YOU DID 10 years ago. You awful human being- and to your BEST FRIEND? You are truly a hideous person. No wonder you don’t have one friend (your nanny doesn’t count- you pay her)."

Before laying into her next victim, Stephanie thanked Justin Bobby for being her "rock" throughout the show. She then denied that they ever hooked up, calling Audrina "crazy" for even thinking they did. "Like you dated this guy ten years ago... you married someone else & [had] a child with him!," she wrote. "And as if you liked Justin!! You were dating someone off camera!! (the guy [you] went on a blind date with the night after the festival)! No one plays a better victim than you (OMG you actually should go into acting)!!! Ughhh and all the months you spent trying to get all of the girls against me... I mean thats Speidi’s job!!!"

Stephanie also took the time to comment on the most recent episode of The Hills, which teased a love triangle between Stephanie, Justin Bobby, and Audrina. "Truth: I did not watch last nights episode [because] I didn’t want to re-live my 'friend' attacking my character & making up lies about me when I have ALWAYS been a good friend to you," she stated. "I am still utterly shocked & hurt you did this to me for camera time."

She ended her rant by proclaiming that she will always keep things real. "I will always be honest, I’ve been on reality TV for 11 years straight," she claimed. "I can’t be anything except straight up REAL. I have no interest in being fake, pretending my life is perfect."

Stephanie's post is a lot to take in at once, but as least it assures fans one important thing: the second season of The Hills: New Beginnings is sure to be an absolutely wild ride.