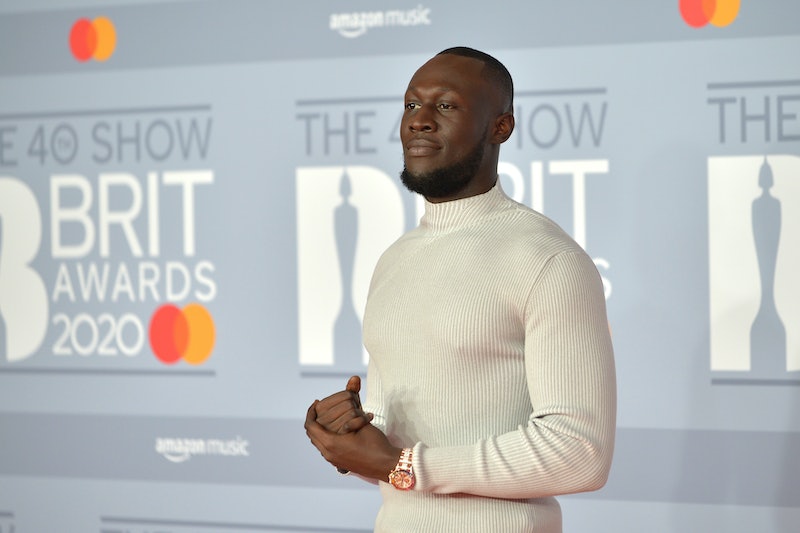 It seems a lifetime ago that Stormzy was lighting up the BRITs stage in February. But some things – like his lifelong commitment to fighting racial inequality – don't change. The rapper is putting his money where his heart is, too. Stormzy has committed to donating £10m over 10 years to Black British causes to help fight racial inequality. In a statement, he said he will provide the money for: “organisations, charities and movements that are committed to fighting racial inequality, justice reform and black empowerment within the UK.”

The star is committing to £10m over a 10 year period, from his own fortune and his company #Merky. Stormzy called his actions the “beginning of a lifetime commitment," and urged others to pledge to support causes that support Black people.

"The uncomfortable truth that our country continuously fails to recognise and admit is that black people in the UK have been at a constant disadvantage in every aspect of life – simply due to the colour of our skin."

"I’m lucky enough to be in the position I’m in and I’ve heard people often dismiss the idea of racism existing in Britain by saying, ‘If the country’s so racist how have you become a success?!’ And I reject that with this: I am not the UK’s shining example of what supposedly happens when a black person works hard. There are millions of us. We are not far and few."

"We have to fight against the odds of a racist system stacked against us and designed for us to fail from before we are even born. Black people have been playing on an uneven field for far too long and this pledge is a continuation in the fight to finally try and even it."

Stormzy has previously been vocal and active in his support of the Black Lives Matter movement. In June 2020, he was seen at a protest in London's Parliament Square following the murder of George Floyd.

In 2016, he said of the killings of Black Americans in the U.S., including Alton Sterling and Philando Castile: “All I can do is urge everyone to do more, that’s what I’m going to do. Protest, march, donate, speak out, call out bullshit, build within your community, help those in need etc. Whatever it is that needs to be done.” He also told Italian newspaper La Repubblica in December 2019 that “Britain has a racism problem it doesn’t like to admit."

The star has also taken active steps to support Black people in the UK. In 2018, for example, he announced the Stormzy Scholarship, which saw him paying the tuition and maintenance fees for two Black students to attend Cambridge University. He then did the same in 2019. Stormzy has also launched #MerkyBooks, which is an imprint of Penguin Random House, and publishes writing “from underrepresented communities."

More like this
This Is When Netflix Is Going To Start Charging You For Sharing Passwords
By Darshita Goyal
Rita Ora Finally Opened Up About Marrying Taika Waititi & Their "Perfect" Wedding
By Sophie McEvoy and Catharina Cheung
Eurovision Has Been Given A Whole New Look Ahead Of Its Liverpool Debut
By Bustle UK
How To Help Those Affected By The Turkey-Syria Earthquake
By El Hunt
Get The Very Best Of Bustle/UK
Sign up for Bustle UK's twice-weekly newsletter, featuring the latest must-watch TV, moving personal stories, and expert advice on the hottest viral buys.