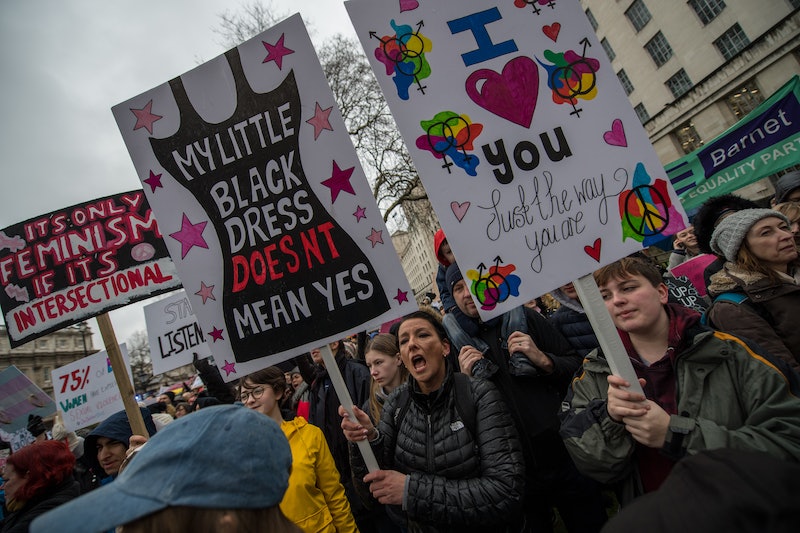 The Women and Equalities Parliamentary Select Committee has spent the last nine months looking into street harassment in the UK. Their verdict? That it is so “deeply ingrained” in British culture that street harassment is “routine and relentless” for women and girls. I think this is shocking to everyone other than the thousands of people that actually have to live with street harassment every day. As reported by Sky, the committee stated that the issue is not “too trivial to address” and that something needs to be done, as the problem of sexual harassment is “almost entirely absent” from government strategy for tackling violence.

The select committee heard extensive evidence that harassment — from being shouted at or catcalled, to sexual assault — goes on regularly in a number of public spaces. Rather than just looking at when women go about their day to day lives in the street, they also heard evidence that it goes on in bars and clubs, public transport, universities and educational establishments, and online.

The chairwoman of the committee, Maria Miller said, “It can make women and girls scared and stressed, avoid certain routes home at night or certain train carriages, wear headphones while out running. Women feel the onus is put on them to avoid 'risky' situations. All of this keeps women and girls unequal.”

I certainly know the feeling of carrying my keys in between my fingers on the way home, just in case I am approached, or lying to friends about walking home alone because I know they’ll be angry at me. And I’m absolutely not alone. Research conducted by YouGov with End Violence Against Women Coalition found that 64 percent of women of all ages have experienced unwanted sexual harassment in public places and 35 percent of women had experienced unwanted sexual touching. Only 11 percent of women said anyone intervened when they were being harassed and 81 percent said they wished someone had. These statistics are massive, this is not a trivial issue.

The committee report concluded that it is the wider attitudes of society and the normalisation of street harassment that contribute to a "wider negative cultural effect”. The government have pledged to eradicate sexual harassment of women and girls by 2030. However the committee said there was "no evidence of any programme to achieve this."

Miller said, “Sexual harassment in public places is a regular experience for many women and girls in the street, in bars and clubs, on buses and trains, at university and online. It is the most common form of violence against women and girls and the damage is far-reaching. And yet most of it goes unreported."

Some measures recommended by the committee to tackle street harassment included forcing operators on public transport to step in and take tougher action against sexual harassment and ban the viewing of pornography on public transport. The committee also called for a new Violence Against Women and Girls strategy and to make it a legal obligation for university policy to outlaw sexual harassment. Lastly, they recommended the creation of a big public campaign to raise awareness and the harms of pornography should be addressed in the same way anti-smoking campaigns have.

But in practice, how will this affect the day to day lives of women and girls? It's an all too common experience that you won’t walk a certain way home after a certain time or avoid one bar because it is known for tolerating harassment. The Home Office is working on updating its Violence Against Women and Girls strategy and said it pledged £100 million to services that help combat violence against women and girls until 2020.

Miller hit the nail on the head for me when she said, “The #MeToo movement shows that we must confront some deeply uncomfortable truths about our society and the attitudes some men hold." Unless society and law makers start taking street harassment against women and girls seriously, the problem of violence against women is only going to get worse.