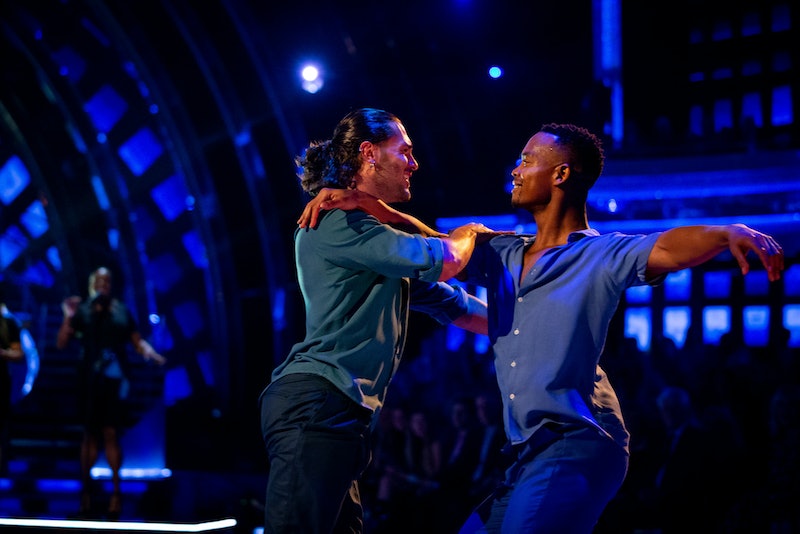 Sunday night's Strictly Come Dancing episode went viral, and thankfully did so for all the right reasons. For the first time in the series' history, an individual same-sex dance took place. Professionals Johannes Radebe and Graziano Di Prima were the chosen pair, spinning and smiling their way across the floor while Emeli Sande belted her heart out.

For 32-year-old Radebe, the moment was more special than some perhaps realised. "I've never felt so liberated," he told Hello! magazine. "For the first time in my life, I feel accepted for who I am. That says so much about the people of this country.

Radebe continued: "To be able to dance with a friend I respect and adore is joyous. There's bromance galore between us, but there were no male and female roles, just free movement. It was beautiful, classy, and elegant."

In a recent interview with The Sun, the dancer opened up about being bullied in his native South Africa and just how importance Strictly has been. “I grew up in a country where homosexuality was frowned upon," he told the paper. “The society around me pointed to me and said, ‘There’s something wrong with you.’ But Strictly has helped me be a better person and accepting of myself."

Radebe — who was recently voted off alongside Coronation Street star Catherine Tyldesley — and Di Prima are known to be close friends. In fact, both shared their love for their dance on social media.

"Representation always matters," tweeted 25-year-old Di Prima. Meanwhile, Radebe posted a photo of the pair on Instagram, writing: "Love knows no boundaries." The public reaction was overwhelming with some viewers moved to tears.

A year ago marked Strictly's first same-sex group dance. But the series is yet to feature a same-sex couple unlike rival series Dancing on Ice which has paired pro skater Matt Evers with H from Steps for the 2020 series.

Both dancers and judges have welcomed the idea of same-sex couples on Strictly. "I’m totally for it. I don’t see why a woman can’t dance with a woman and a man can’t dance with a man," Craig Revel-Horwood told Good Morning Britain in 2018, adding: ‘You’ve just got to choose who goes backwards and that’s normally the shorter person. So it’s actually quite an easy thing to achieve."

Radebe said he "would be the first person jumping up and down with joy" if series bosses listened. Speaking to Attitude, he continued: "Representation is really important. When, or if, the BBC do, it will be fantastic. I would be all up for it."

In August, the BBC said it is "open" to same-sex couples competing in future series, per iNews. Let's hope it happens soon, because as journalist Scott Bryan wrote in the Guardian: "When you see that chemistry being represented, you feel like your life and your love and your ambitions are being represented, too. That makes you feel valued."