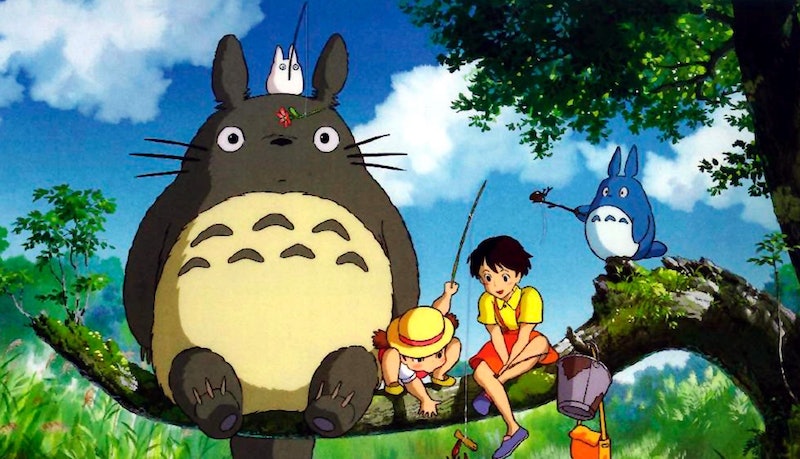 Studio Ghibli/Tokuma-Shoten/Nibariki/Kobal/Shutterstock
By Aoife Hanna
May 13, 2020

We've all tried a few new things throughout lockdown to help time move by a little faster. And social media has been a huge help for those looking to learn a new skill. Well, if animation is your thing and you're bonkers about all things anime you'll be happy to hear that a Studio Ghibli animator has just shared a video on how to draw Totoro, and it's actually easier than you may think.

Toshio Suzuki, who's a film producer at the world-famous Studio Ghibli posted a video on his Twitter account. Suzuki, who's based in Portland, Oregon, explained step by step how to draw one of anime's most beloved characters.

Totoro is the titular character in My Neighbour Totoro, one of Studio Ghibli's most beloved films. Made back in 1988, it's the story of two young girls and their interactions with friendly woodland spirits in rural post-war Japan. The film brought anime to the attention of film lovers around the world and, for many, was their introduction to the genre. If you fancy watching it for the first or gazillionth time, it's currently streaming on Netflix along with other Studio Ghibli favourites.

Suzuki shows in this video how startlingly simple it is to draw Totoro and, although he speaks to the camera in Japanese, there's English subtitles for those unable to speak in his native tongue. I guess you'll be wondering if there's any particular trick to the process? According to Suzuki, the secret is entirely in the eyes, which have to be spaced far apart.

If anime isn't your thing, but you're keen to learn how to be better at drawing, artist Rob Biddulph has shared a whole rake of free draw along videos aimed at children but totally accessible for anybody who'd like to learn. The bestselling and multi award-winning author and illustrator is also this year's official World Book Day Illustrator and has been sharing twice weekly videos, with the complete back catalogue available from his website.

So why not get your felt tips out and take the time to create? You'll miss this stillness when it's gone.