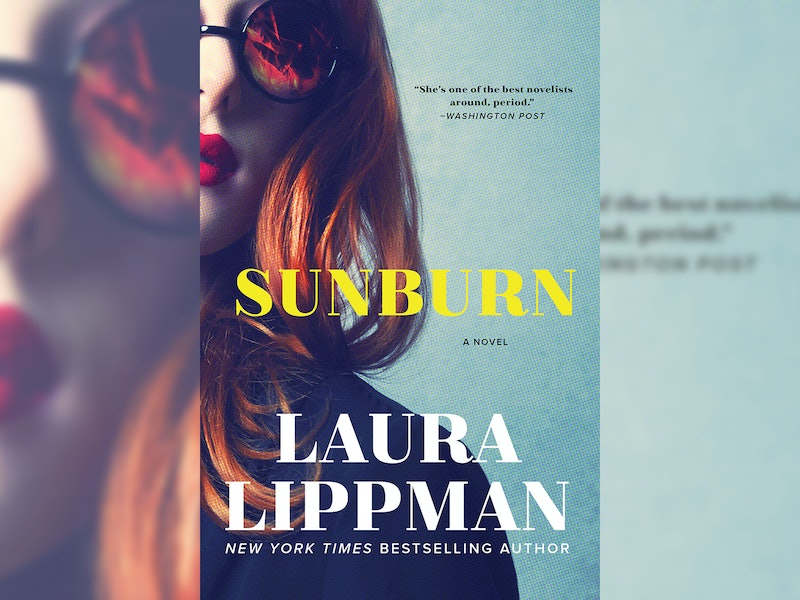 In Sunburn, acclaimed New York Times bestselling author Laura Lippman delivers a noir novel that's as sensual as it is suspenseful, as tantalizing as it is thrilling. Lippman is no stranger to the world of crime novels; she's been nominated for over 50 awards for her crime fiction and won almost 20. To put it bluntly: She's one of the best in the business.

The book, released earlier this year, centers on two equally enigmatic characters, both of whom have dropped into the small town of Belleville, Delaware with equally spotty backstories. Polly takes up a job as a waitress at a local dive, and Adam becomes the place's chef. Over the course of one summer, they fall in feverish love, despite each knowing that the other is holding on to explosive secrets. But when someone dies, the truth emerges. A spoiler ahead: Polly's past involves a brutal crime — the murder of her ex-husband, a cop. One of the many mysteries of the book is whether or not she killed him in cold-blood or in self-defense.

Laura Lippman tells Bustle that Polly's story was partially inspired by real events. Below, she recounts that story, and shares her recommendations for movies, podcasts, and books inspired by a true story:

Bustle: Can you tell us about the true story that inspired Sunburn?

Laura Lippman: There's a tiny germ of a true story in Sunburn — in the early 1990s, the state of Maryland did have a commutation program for bettered women, but whoever was in charge of vetting the candidates did a poor job and some women who didn't fit the profile at all were pardoned. It killed the program.

But I remembered a woman who was never up for commutation. (I wrote about a documentary film made about the program.) She was a cop's wife. And maybe she did kill her husband in cold blood. I have no idea.

Lippman: There was the one woman I remembered, as I mentioned above. But also the fallout from the revelations about the program. Funnily enough, one of the reporters who broke that story is now my husband. I barely knew him at the time.

She was a cop's wife. And maybe she did kill her husband in cold blood, I have no idea.

Lippman: I hope I'm subverting the trope. My next book is about a woman's obsession with a dead girl, one she believes isn't getting her due for various reasons. (She's African-American, and considered somewhat flighty.) But my character often misses the humanity not only of the dead girl, but all the living people around her.

But my character often misses the humanity not only of the dead girl, but all the living people around her.

What are some books, movies, or podcasts based on a true story (true crime or otherwise) that you always recommend to friends?

Lippman: The two nonfiction books I recommend time and time again are Until the 12th of Never and Into the Wild, and I've recently made clear my enormous admiration for Men We Reaped. I love the film Adaptation, which abandoned any real attempt to capture the true story in Susan Orlean's The Orchid Thief and instead became this marvelous meta meditation on storytelling. I love, love, love, love Shattered Glass, about the fabricator at The New Republic. But when it comes to podcasts, the one I cite most often is Planet Money. In May 2008, it did a series called "The Giant Pool of Money," which foreshadowed the economic implosion later that year. But it's always interesting.