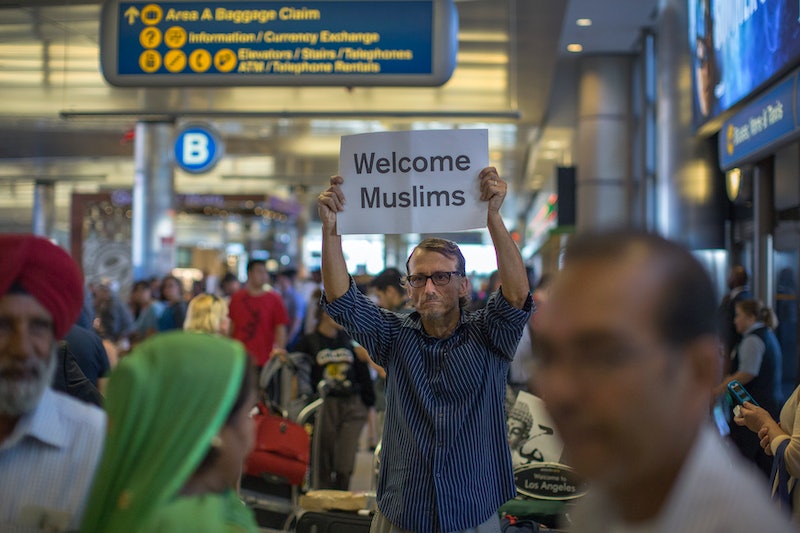 Syrian refugees who are waiting to be reunited with their families will have to spend hundreds — if not thousands — of dollars to do so. Refugee families are being forced to pay overpriced fares for flights, according to a new BuzzFeed report out Monday.

According to the report, asylum officials have directed hundreds of refugees in Greece to an Athens-based company called Himalaya Travel. BuzzFeed reported those refugees were then told that they needed to pay for flights within two days, "at prices that were up to double the cheapest available fares online."

The manager and owner of Himalaya Travel told BuzzFeed News that the company did sell tickets to refugees at a higher price. But the owner defended the action and ultimately blamed European countries for the overpriced fares, saying, "European authorities often left it until the very last moment before asking refugees if they could fly."

BuzzFeed spoke with three Syrian refugees currently living in Athens and looking to travel to Germany who were told that they would have to pay their own way, despite having been approved under the E.U. family reunification scheme. Family reunification is meant as "an entry channel enabling those who already reside legally in a Member State (referred to as sponsors) to be joined by their family members."

Ultimately, the refugees sent to Himalaya Travel were given flight rates of €240 to €280 each, more than double the standard rates of €50 to €100, notes BuzzFeed (that's an upcharge of up to 280 percent). That's money that they then had to come up with in two days. According to the travel agency's owner, at least part of the increased cost was due to refugees having "a lot of luggage."

Guidelines from the United Nations High Commissioner for Refugees (UNHCR) spell out the importance of reunifying refugees with their family members, as separation can affect refugees’ "ability to engage in many aspects of the integration process, from education and employment, to putting down roots, while it also impacts negatively on their physical and emotional health."

The UNHCR notes that among the barriers to reunification are problems financing travel. In order to facilitate that, the organization recommends that member states and the European Commission "support financial aid schemes for the family reunification of beneficiaries of international protection who do not have sufficient resources to cover such costs."

Refugee travel has been controversial for years — particularly because of the high cost attached to flying across the world. In the U.S., refugees have been provided interest-free loans for the past 60 years, provided they sign a promissory note agreeing to repay the cost of their airfare to the government. According to a 2015 report, faith-based organizations have earned millions on the commissions on the debt of those loans.

According to the U.S. State Department, the average loan is $2,740 (with loan payments averaging $84 per month), which refugees begin paying back six months after their arrival in the country.

For the refugees in Greece, as profiled in BuzzFeed, financing travel is incredibly difficult, as most are relying solely on a stipend of approximately €125 a month.

Two of the Syrians interviewed — brothers looking to be reunited with their family in Germany — were told they would be required to buy their own tickets via Himalaya Travel. According to BuzzFeed, the flights cost €520 each — a far cry from the cheapest tickets avaiable on the same day, for €62.

A Greek Asylum Service spokesperson confirmed to BuzzFeed that the tickets were only being made available through one company (Himalaya Travel) — and that they were more expensive than the typical fare — though the agency didn't explain why.