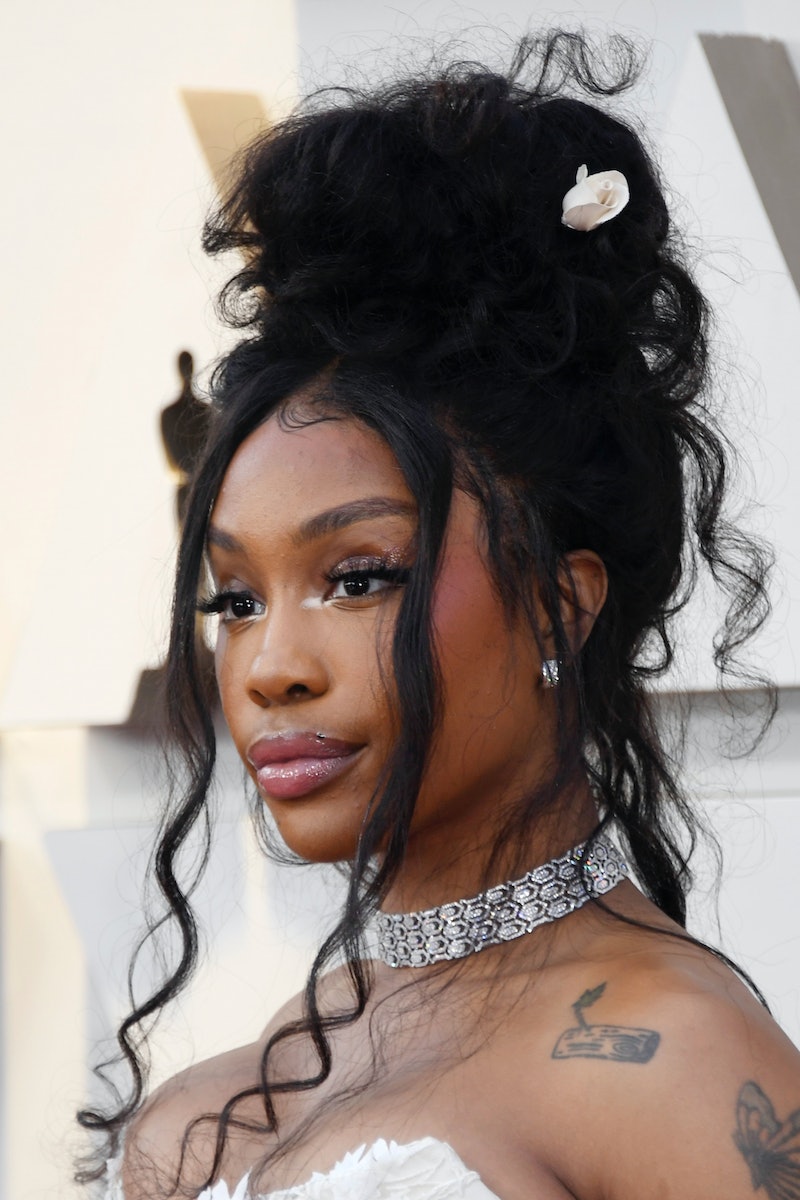 Forget blonde highlights, hot pink hair is going to be your new hair inspiration for the rest of summer 2019. SZA now has pink hair, and she is going to inspire you to be bold during your next hair appointment. The artist debuted her pink tresses on Instagram on July 26, and captioned her photo with heart and candy emojis.

According to Revelist, SZA debuted the look during a weekend out with Houston rapper Megan Thee Stallion, who invented the motto Hot Girl Summer, which is a call to live your most unapologetic life. In an interview with The Root, Megan Thee Stallion explained that the phrase means, "women — and men — having a good-ass time, hyping up your friends, doing you and not giving a damn what anybody has to say about it.” SZA embodies that phrase with her new Barbie-pink tresses.

In the photo, SZA matched her pink hair to a spray-painted Tweety Bird t-shirt, which featured a similar pink as her tresses. In the caption, SZA also tagged Jonathan Wright, who is a celebrity stylist and wig guru. He is the mastermind behind the artist's new hot pink look.

Wright also posted photos of SZA on his own Instagram, and revealed that the pink wig was from Kendra's Boutique, which specializes in virgin hair wigs.

Wright both styled SZA's hair with a flat iron, and created the custom pink color. He called the electric hue "Messy Pink Hair." The original wig was a platinum blonde full lace wig before Wright transformed it into its hot pink shade.

Underneath Wright's photo of the artist, SZA hopped into the comments and revealed this hair transformation happened late at night, right after she hopped off of her flight. Now that's commitment to a hair appointment.

In a second photo that Wright posted of SZA, he asked his followers what hue the artist should try next. SZA had some thoughts of her own and voiced them in the comment section. "BLUE! Orange 😰 both 🤦🏾‍♀️," SZA wrote. This prompted fans to encourage her to go for a blue-to-orange ombre once she got bored of the pink look.

This isn't the first time that SZA has veered from her naturally dark hair color. In Aug. 2018, the artist shared a waist-length, highlighter green wig that rocked Instagram.

In the photo, SZA tagged KYChe Extensions and the stylist Arrogant Tae, who is none other than Nicki MInaj's hair stylist.

While SZA is experimenting with bold colors for the end of summer, the artist usually leaves her natural hair color alone. One of the other times that SZA has drastically switched up her hair color was way back in 2015, when she debuted copper red hair at SXSW. According to Vogue, the color was a result of a mood board full of "ginger babies," including Lily Cole, Grace Coddington, Karen Elson, and Pippi Longstocking.

"I was putting too much importance on being cute and preserving [my look]. But if you can’t become the things that inspire you . . . ” SZA explained her hair change to Vogue.

It seems that SZA has once again decided to let go of the expectations put on her, and a bright pink color was the result. It's an amazing transformation.