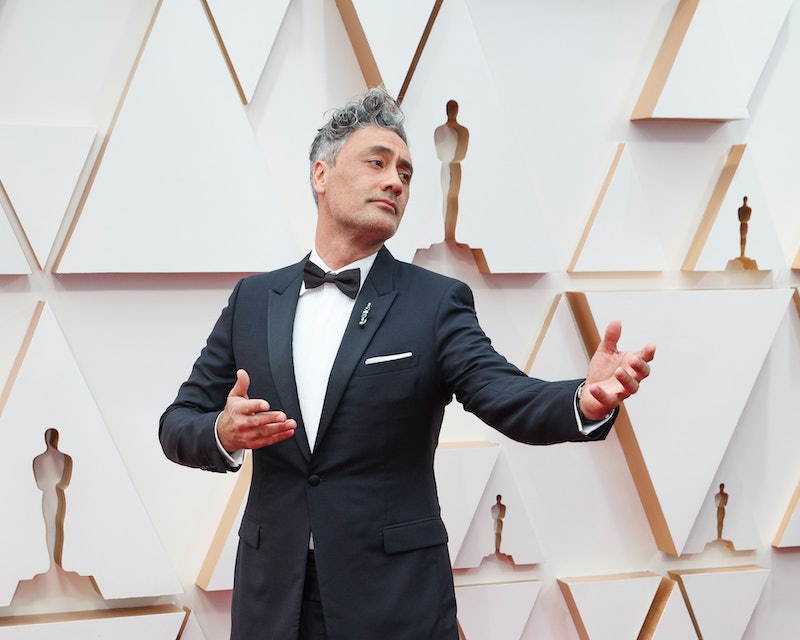 Oompa Loompa doompa dee doo, Netflix has more tales of Willy Wonka for you. On Thursday, March 5, the streaming service announced that Taika Waititi is bringing Charlie and the Chocolate Factory to Netflix, in their first of several projects inspired by the works of Roald Dahl. But he's not simply making another remake, à la Tim Burton's 2005 take on the film starring Johnny Depp.

Waititi will write, direct, and executive produce two animated series based on the classic 1971 film, which, of course, was based on a book by Dahl. The first one will be directly inspired by the films, focusing solely on the world and characters seen in Charlie, including Willy Wonka himself. The second show is described by Entertainment Weekly as "a wholly original take on the Oompa-Loompas, that builds out their world." Given how they're the ones who truly keep the Factory running, a show about their mischievous adventures sounds like a slam dunk.

These projects follow Waititi's historic Oscar win for Best Adapted Screenplay for Jojo Rabbit, which made him the first indigenous person to win in a writing category. There's no word on whether Waititi will actually voice any character in these shows, but truly, is there anyone more qualified to play Willy Wonka than he is?

These two series mark the beginning of an "extensive partnership" between Netflix and The Roald Dahl Story Company. The service plans to adapt more of Dahl's classic stories into animated shows, including Matilda, The Twits, and The BFG. And they said there wasn't a more ideal person to bring the Chocolate Factory to life than Waititi.

“In the words of Willy Wonka himself — we are ‘Delighted! Charmed! Overjoyed!’ with Taika’s appointment on this project," Gideon Simeloff, entertainment director for the Roald Dahl Story Company, told Variety in a statement. "There is something undeniably Wonka-esque about Taika’s creative flair and inimitable sense of humor." Netflix Vice President of Original Animation Melissa Cobb added, "If Dahl had created a character of a filmmaker to adapt his work, I’m pretty sure he would have created Taika."

Now, the next step should be to start production on a live-action remake with Waititi as Willy Wonka. But for now, this will do.

More like this
'That '90s Show' Star Callie Haverda Got Advice From Mila Kunis & Ashton Kutcher
By Brad Witter
Here’s Why Danny Masterson’s Hyde Isn’t In 'That '90s Show'
By Brad Witter
At 28, Debra Jo Rupp Was Living A Much Different '70s Show
By Grace Wehniainen
All The ’70s Easter Eggs You Missed In 'That ’90s Show'
By Grace Wehniainen
Get Even More From Bustle — Sign Up For The Newsletter
From hair trends to relationship advice, our daily newsletter has everything you need to sound like a person who’s on TikTok, even if you aren’t.