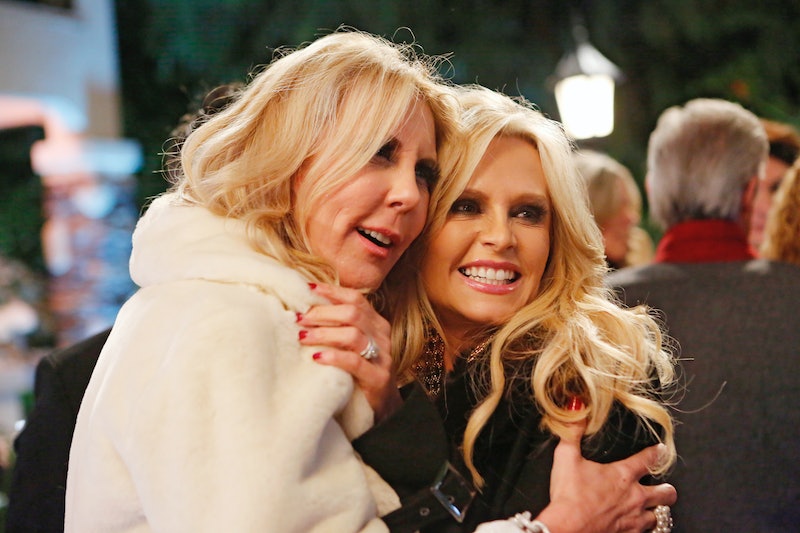 Two Real Housewives of Orange County stars are setting out on their own, as Tamra Judge and Vicki Gunvalson announced their RHOC departure over the weekend, as per E! News. On Friday, Gunvalson revealed she would not return to RHOC, departing from the show after 14 seasons to pursue "new projects", according to Us Weekly. Then, on Saturday, Judge also announced her decision to part ways with the franchise, citing a desire to live life off-camera, as per People.

Gunvalson announced her departure on Instagram, writing, "it’s time to say goodbye" to RHOC, and thanking fans for, "your support, for your love and for 'whooping it up' with me along the way.' The reality star promised that leaving the series will allow her to pursue passion projects, writing, "I’ve been working on new projects that will be exciting, empowering and inspirational." Gunvalson's new endeavors will include a podcast titled, Whoop It Up With Vicki released with Westwood One. She wrote: "I hope you will join me with my new journey so please stay tuned."

The reality-star wasn't the only RHOC cast member looking to pursue their own path. Judge, who joined RHOC during its third season and is the longest-running full-time Real Housewives cast member in franchise history, left the series ahead of Season 15. On Saturday, Judge said she looked forward to life off-screen in an interview with People, stating, "It’s been a wild ride, and after all these years, I’m looking forward to life away from the camera."

Judge reportedly was asked back for three episodes to close out her storyline, but opted to leave the show before a new season began, as per People. “I was offered a chance to come back to the show in a limited role, but would prefer to walk away on my own terms," she told the publication.

On Instagram, Judge also posted about leaving RHOC, sharing a photo with her husband Eddie and writing, "It’s been a wild 12 years . But it’s time for me to move on. I'm sad to go but I’m very excited about my future. Love you guys."

In addition to spending time with family, the reality star, who owns Vena Wellness, a CBD company, and a gym called CUT fitness, is likely to focus on her business ventures.

Following Gunvalson and Judge's announcement, Andy Cohen, Real Housewives' executive producer, shared support for the former stars on social media. Cohen posted a sweet photo with Gunvalson on Instagram, writing, "It’s so hard to remain exactly who you are after being on television for so long, but Vicki is one of a kind. Thank you for everything, @vickigunvalson - what a ride. And it’s not over."

On Twitter, Cohen posted about Judge as well, writing, "An unprecedented run from a woman who was always entertaining, surprising and dramatic — and never ever aged. And now she’s the queen of CBD!'

Over the years, Judge and Gunvalson became iconic cast members within the franchise, and fans are likely to miss their personalities and presence on Real Housewives of Orange County. Yet, it's clear both reality stars plan to pursue personal ventures, and will keep followers updated with future plans.