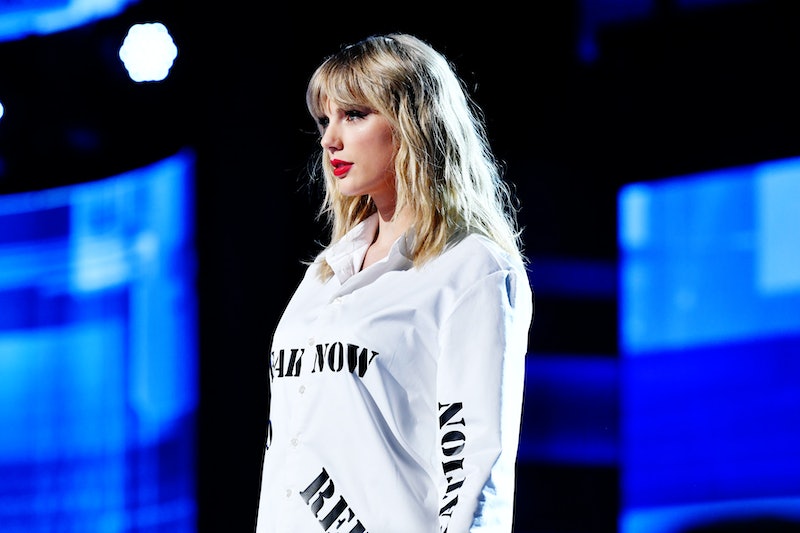 Taylor Swift didn't let her master recordings go without a fight — even a high price tag wouldn't have stopped the singer. In her new Billboard cover story, published on Wednesday, Dec. 11, Taylor Swift said she would have "paid a lot" for her masters. And according to the new interview, the Billboard Woman of the Decade still might end up buying them back at a (very high) price.

As fans will recall, Swift strongly disapproved of Scooter Braun acquiring the masters of her first six albums when he bought her former label, Big Machine Records, in June 2019. The singer called the situation her "worst case scenario" in a Tumblr post and said she was only offered a deal in which she would earn back the masters of one album for every new album that she turned in. Swift maintains today that she was never given the chance to buy her masters outright, a claim the label and her former boss Scott Borchetta have disputed.

In the new interview, Swift said that the unfortunate experience taught her to speak out on behalf on other artists so they can own the work that they created. "I want to at least raise my hand and say, 'This is something that an artist should be able to earn back over the course of their deal — not as a renegotiation ploy — and something that artists should maybe have the first right of refusal to buy'," she explained. "God, I would have paid so much for them! Anything to own my work that was an actual sale option, but it wasn’t given to me."

However, there's still a chance that Swift could get what she deserves after all. Billboard reported that the singer is still interested in buying her masters, with Braun being open to talking about "all possibilities," which includes negotiating a sale of her masters. But the price of her catalog could now be an issue.

If she doesn't buy back her masters, Swift is more than ready to re-record her first six albums starting in November 2020, when her Big Machine contract would legally allow it. "It’s going to be fun, because it’ll feel like regaining a freedom and taking back what’s mine," she told Billboard about re-recording her music. "When I created [these songs], I didn’t know what they would grow up to be. Going back in and knowing that it meant something to people is actually a really beautiful way to celebrate what the fans have done for my music."

In the meantime, Swift is using another clever method to prevent Braun and Borchetta from making even more money from her masters: by blocking requests to use her hits in film trailers and other ads. "Thankfully, there’s power in writing your music," she said. "And the reason I’m rerecording my music next year is because I do want my music to live on. I do want it to be in movies, I do want it to be in commercials. But I only want that if I own it."