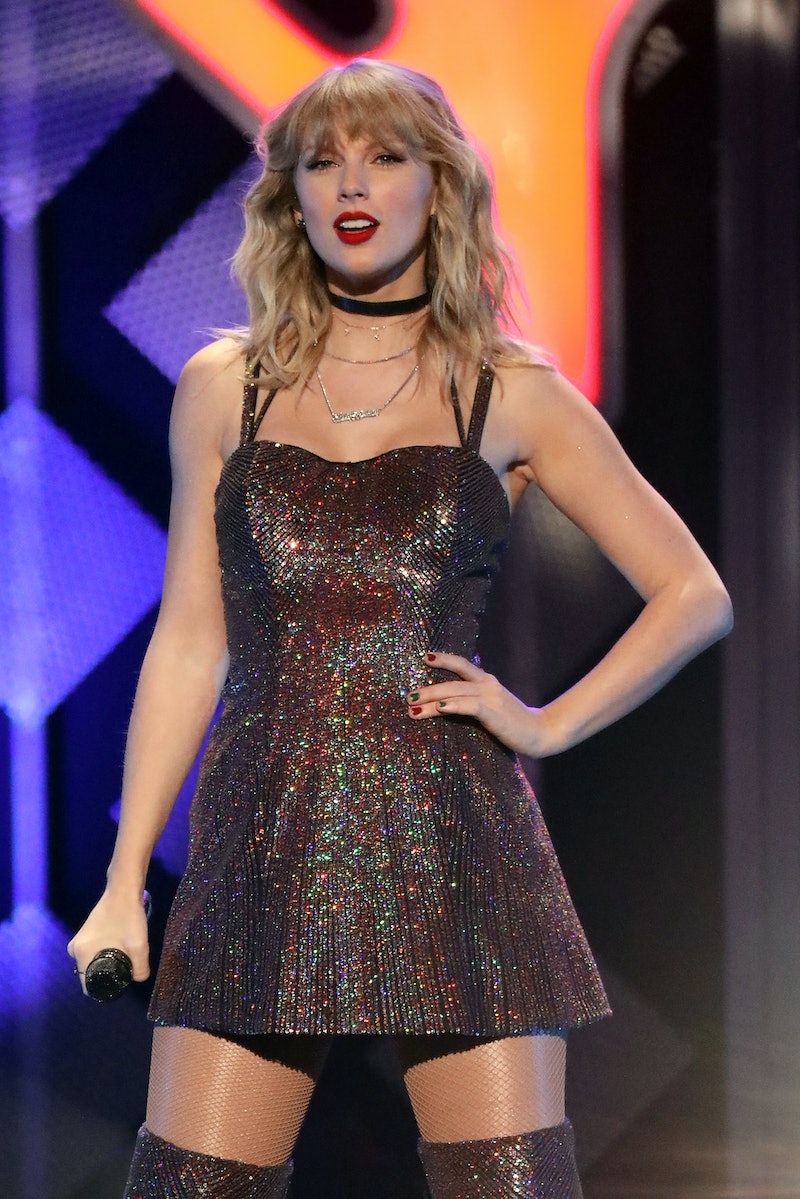 The American Music Awards' Artist of the Decade Taylor Swift will headline Glastonbury Festival in 2020, and Swifties everywhere can't contain their excitement. The event will mark the festival's 50th anniversary. Swift tweeted the announcement on Sunday.

"I’m ecstatic to tell you that I’ll be headlining Glastonbury on its 50th anniversary — See you there!" she wrote. In an attached photo, she held up a flyer revealing that she would perform on Sunday night. According to The Guardian, Paul McCartney will headline Saturday and Diana Ross will play the Sunday afternoon "legends" time slot.

Glastonbury founder Michael Eavis shared the news from the festival's account. “I’m so pleased to announce Taylor Swift will be headlining the Sunday at Glastonbury 2020," he said in a video. "She’s one of the biggest stars in the world and her songs are absolutely amazing. We’re so delighted.”

The Guardian reported that Swift is the first female performer to headline the event since Adele in 2016, and she's the sixth solo female headliner in the festival’s history. The accomplishment has garnered immense support from her fans.

"I’m so happy that @taylorswift13 gets to do Glastonbury it’s such a big achievement," @Crazyswiftiecat on Twitter wrote. "Taylor swift headlining glastonbury is perfect," @ryanjohnbutcher on Twitter added. "she’s an artist, she’s got bops, she transcends genres and fanbases, she’s at the zenith of her career, she’s the perfect tonic for broken britain and, more importantly, she’s f*cking earned it ... can’t wait to see what she does."

As always with any Swift-related news, there are haters, too.

But her fans are prepared to clap back.

According to the festival's website, all tickets to the event were sold out on Oct. 3 and Oct. 6 before the full lineup was announced, which means if you didn't buy a ticket then, there's no chance of getting admission to Swift's show. But some fans are hoping she'll find a way to sell another round.

And let's face it, if anyone can pull off that kind of concert miracle, it would be Taylor Swift.