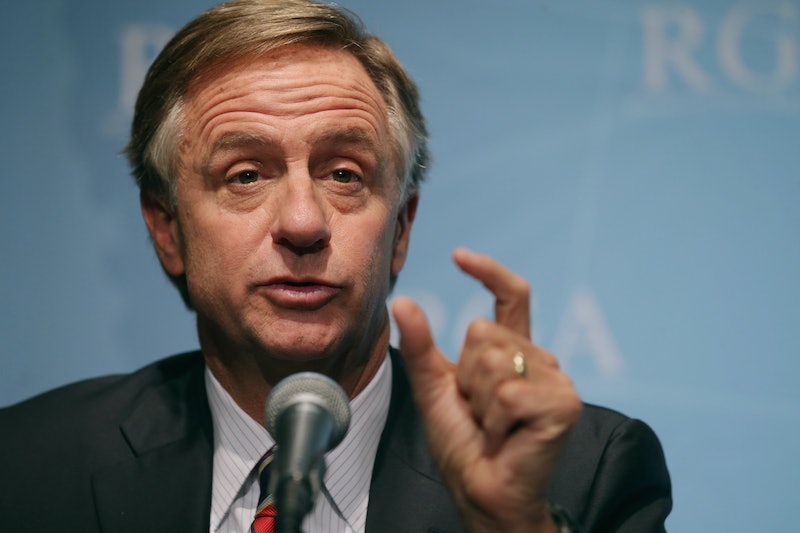 The legislation, which state lawmakers passed earlier this month, also allows individuals under age 25 who qualify as "independents" to attend any of the state's 13 community colleges for free. This would save them roughly $3,700 a year, the average cost of tuition and fees for community college in Tennessee. The enacted law, known as Tennessee Reconnect, aims to combat unemployment.

Haslam underlined the aims of Tennessee Reconnect in a statement released when the bill passed in the General Assembly:

In Tennessee, we've determined that the best jobs plan is an education plan. If we want to have jobs ready for Tennesseans, we have to make sure that Tennesseans are ready for jobs. There is no smarter investment than increasing access to high quality education.

According to the state's Department of Labor and Workforce Development, Tennessee had an unemployment rate of 4.7 percent in April. This marks a slight increase from this time last year, when the state's unemployment rate was 4.6 percent. The national rate, on the other hand, has decreased over the same timeframe, from 5.0 to 4.4 percent.

Proposed earlier this year in Haslam's State of the State address, the free community college law also strives to increase the percentage of Tennessee residents with a college degree to 55 percent by 2025; right now, that statistic sits at less than 39 percent. This figure is just slightly higher than the national average — according to a 2017 report, about a third of Americans hold a college degree, the greatest number ever recorded by the Census Bureau.

Another implication of the law is that students in Tennessee may no longer be force to take on hefty sums of debt to pay for school. The nation is currently in the midst of a student debt crisis — roughly 44 million people owe a total of $1.5 trillion.

Tennessee's community college initiative originally began as Tennessee Promise, a program pushed by Haslam that helped students with what the remainder of their tuition after scholarships and federal grants. The program even inspired an Obama-era program, known as America's College Promise.

More like this
This Is When Netflix Is Going To Start Charging You For Sharing Passwords
By Darshita Goyal
Twitter Has *A Lot* To Say About The "Single Penalty”
By Sam Ramsden
6 Organizations Fighting Police Brutality That You Can Support Right Now
By Syeda Khaula Saad and JR Thorpe
The Mysterious Gunther Corporation From 'Gunther’s Millions' Has Dissolved
By Brad Witter
Get Even More From Bustle — Sign Up For The Newsletter
From hair trends to relationship advice, our daily newsletter has everything you need to sound like a person who’s on TikTok, even if you aren’t.