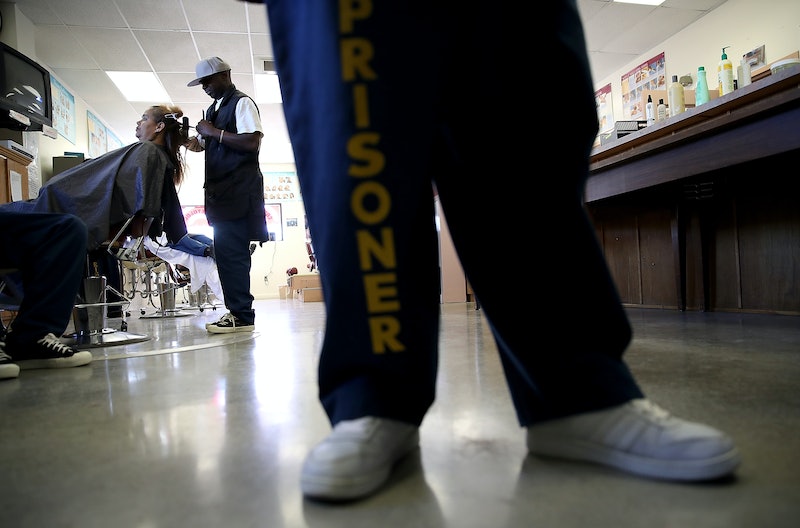 A controversial new prison program in Tennessee has recently come under scrutiny. Whereas good behavior has often resulted in a prisoner having time shaved off their sentence, inmates in White County, Tennessee are now being offered slightly reduced sentences in exchange for voluntarily undergoing a vasectomy or birth control implant.

According to an ABC15 report, prisoners who opt to receive a vasectomy or, in the case of female prisoners, a Nexplanon implant, will receive 30 days knocked off their sentence. The program was created by General Sessions Judge Sam Benningfield, who told CNN affiliate WTVF he was inspired to start the program after seeing so many repeat drug offenders enter his courtroom unable to pay child support due to the trouble their records gave them when it came to finding a job.

"I hope to encourage them to take personal responsibility and give them a chance, when they do get out, to not to be burdened with children," Benningfield reportedly said. "This gives them a chance to get on their feet and make something of themselves."

So far, officials claim 38 male prisoners have volunteered for vasectomies while 32 female prisoners have received a Nexplanon implant in their arm since the program was first implemented in May. Nexplanon is a birth control implant that is inserted under the skin on the upper arm and believed to be over 99 percent effective at preventing pregnancy for up to four years.

But not everyone is a fan of the program. White County District Attorney Bryant Dunaway expressed concerns the program was not only unethical but potentially illegal as it amounted to coerced sterilization. "It's concerning to me," Dunaway told ABC15. "My office doesn’t support this order. It's comprehensible that an 18-year-old gets this done, it can't [be] reversed and then that impacts the rest of their life."

The American Civil Liberties Union has also spoken out against the new program, calling it unconstitutional. "Offering a so-called 'choice' between jail time and coerced contraception or sterilization is unconstitutional," ACLU-TN Executive Director Hedy Weinberg said in a statement. "Such a choice violates the fundamental constitutional right to reproductive autonomy and bodily integrity by interfering with the intimate decision of whether and when to have a child, imposing an intrusive medical procedure on individuals who are not in a position to reject it."

Tennessee isn't the only state to experiment with inmate sterilization programs. In 2013, the Center for Investigative Reporting found nearly 150 female inmates had been sterilized in California without the required state approvals from 2006 to 2010. The report resulted in legislation prohibiting sterilization as a form of birth control in correctional facilities unless the patient's life is in danger or it is medically required being signed into law in 2014.

It remains unclear if Tennessee's new and so-called "voluntary" vasectomy program will be challenged or lauded.