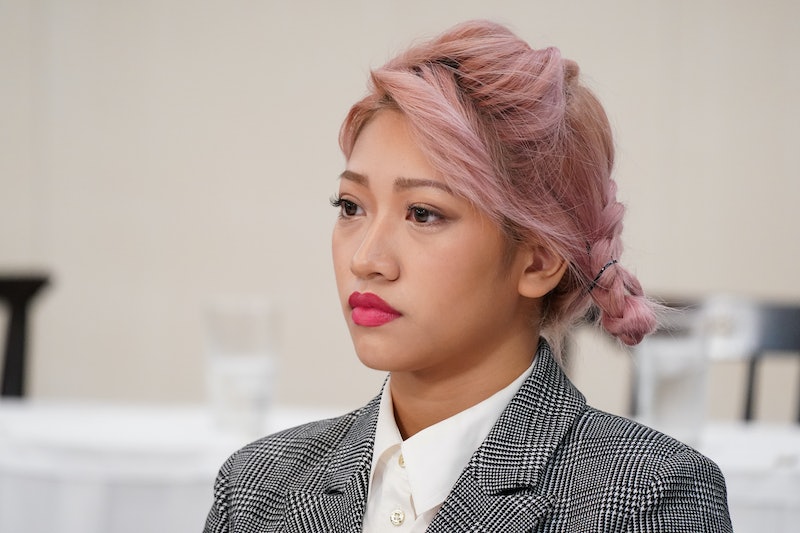 In the wake of cast member and pro-wrestler Hana Kimura’s death, Terrace House: Tokyo’s 2019-2020 season has been canceled. The announcement from Japan’s Fuji Television Network comes after the star of the Japanese reality TV series was found dead in her home on May 24. She was 22. Kimura’s death, believed to have been by suicide due to online abuse, has since emboldened Japanese government officials to expand cyberbullying laws, according to various reports. Fuji Television Network confirmed the season’s cancellation in a statement on its website on May 27 and offered condolences to Kimura’s family.

“We would like to express our regrets for the death of Hana Kimura and offer our sincere condolences to her family,” the network wrote. “Taking her passing with utmost sincerity, we will take active steps to formulate a response.” There’s no word on the future of upcoming seasons. Terrace House: Tokyo, which follows three men and three women who temporarily move in together in the hopes to find love, is available to stream on Netflix. A Netflix spokesperson told Variety that the streamer service has no plans to remove the first three seasons of the popular series.

Following Kimura’s death, tributes from fans and fellow wrestlers alike poured in. American wrestler Ronda Rousey weighed in on the “poison” of cyberbullying and offered her condolences to Kimura’s family. “To Hana Kimura and her family, I am so incredibly sorry for your loss,” she wrote on Instagram on May 24. “There are no words that could possibly heal this wound.”

Rousey continued, “I know the trolls that spend their days harassing others online are battling their own mental demons, but please find a way to release your venom in a way that won’t poison others…. Be the kindness you wish you received instead of malice and neglect you’re trying to pay back.”

Sanae Takaichi, Japan’s minister of internal affairs and communication, pledged on May 26 to accelerate government discussions on cyberbullying legislation on the heels of Kimura’s death, according to a report on CNN. Yoshihide Suga, Japan’s chief cabinet secretary, added, per the report, "It is important to improve literacy on the internet so that users won't use comments to hurt others with slander."

Since Kimura’s death, other stars of the popular Japanese reality TV series have come forward about their own experiences with online abuse. Emika Mizukoshi, who starred opposite Kimura in Terrace House: Tokyo, reflected on Kimura’s death on Instagram alongside clips of her co-star. Writing that she was also “slandered” while on the series, Mizukoshi wrote, “Everyone who is working on the [show] is human… words are truly a murder weapon.”