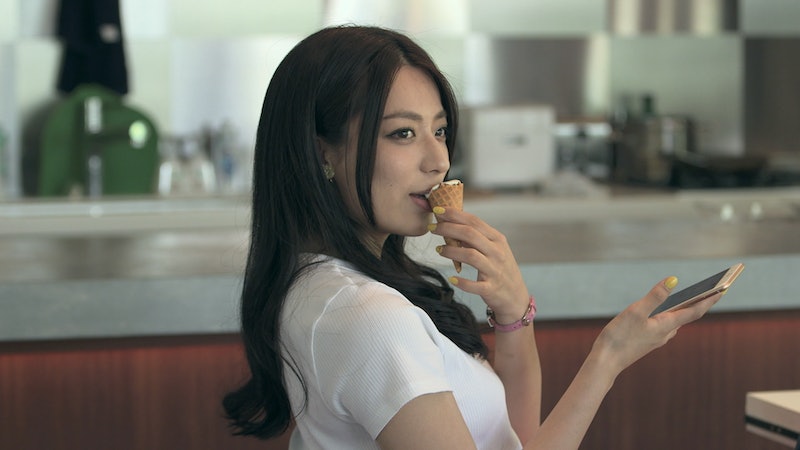 You'll be happy to know that the answer to that question is a very clear, definitive yes! Terrace House: Opening New Doors is already airing Season 6 in Japan, having shown Episode 42 (counting by total episodes overall) on Dec. 11. Based on the normal airing schedule — which consists of a new episode every week for four weeks, with a one-week break, and then four new episodes, and so on — Season 6 will conclude its run on Jan. 29.

According to Decider's Brett White, Netflix adds each new eight-episode season of Terrace House every 70 days, which is also 28 days after the season finishes airing in Japan. Based on that calculation, it seems most likely that Terrace House Season 6 will drop on Feb. 26, barring some major glitch in the system or other unforeseen delay.

But if you're just dying for more of Terrace House's signature slow-burning action before then, well, you're in luck. Like The Bachelor, Terrace House is more than just one series. It's a complete franchise with multiple different shows within it, each one a reimagining of the show's main premise: a bunch of single people in a house together.

If you've come this far, you've probably already found Terrace House: Boys and Girls In The City and Terrace House: Aloha State, both of which are currently available to stream on Netflix. Boys and Girls in the City is the second series from the franchise, which features a cast of 12 young people all cohabitating in a posh house in Tokyo. Aloha State takes its pack of singles to Hawaii, where they do all the regular Terrace House stuff, except on the beach.

The original series from the franchise, Terrace House: Boys and Girls Next Door, unfortunately isn't available for Netflix's U.S. subscribers at the moment, (though Japanese subscribers do have access to it). That version of the show ran from October 2012 until September 2014, and contains eight different seasons of around 10 to 14 episodes each. A rotating casts of lovebirds flew in and out of the nest over the course of 97 episodes.

After Boys and Girls Next Door, Fuji, the Japanese network behind Terrace House, joined forces with Netflix to make all the subsequent shows together, hence why only Next Door is missing from your Netflix queue. Right now, it's unclear whether they'll strike up a deal to make the first series available to American viewers. Fans on Reddit speculated that the show might not be available in the United States due to licensing issues with the music featured, and that might mean U.S. fans will never get the chance to see the Terrace House that started it all.

On the upside, though, Terrace House has become such a major hit across so many countries since partnering up with Netflix that it in all likelihood, they could be churning out this charming reality series for many, many more seasons to come.