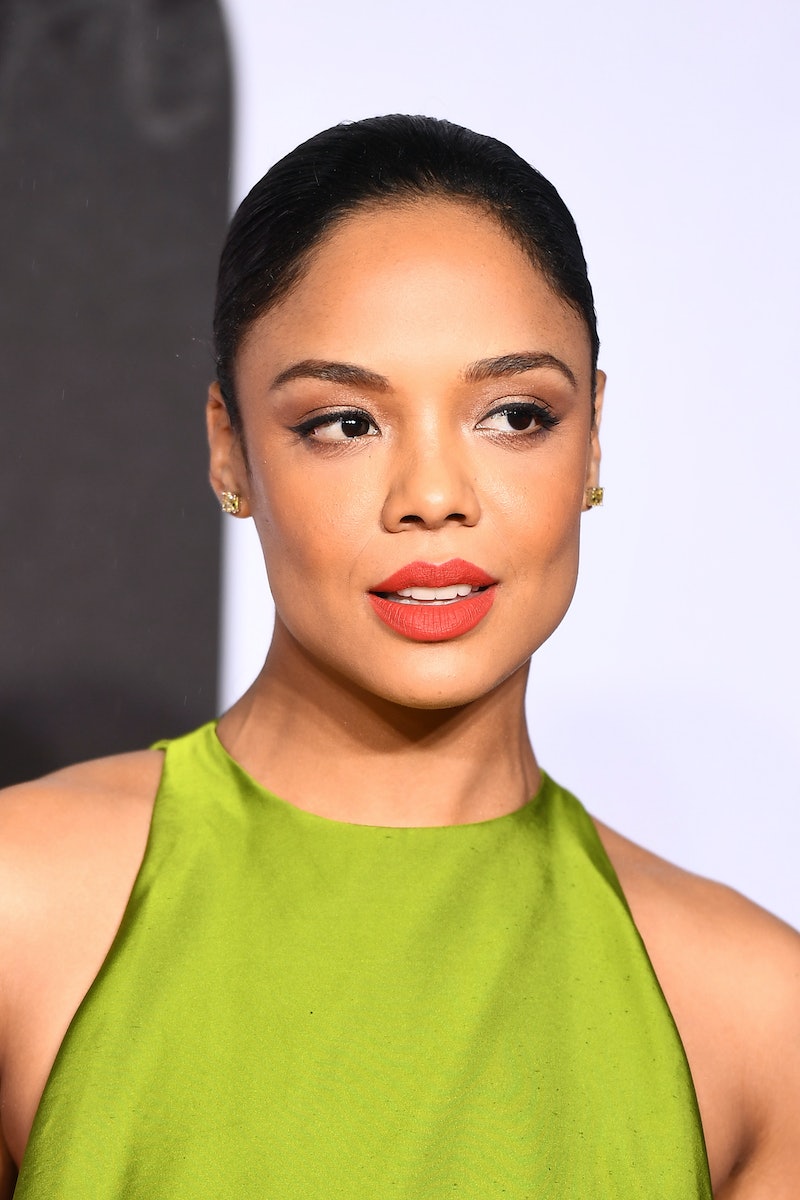 In this letter, author and activist Blair Imani writes to Tessa Thompson about how the actor has continued to influence her to see style as liberation.

I want to start off this letter by sharing with you that fashion has always been a big part of my life, and I've always enjoyed super feminine style. Before I was even born, my mom designed the most beautiful custom bustiers and corset tops for up-and-coming celebrities during the '80s. When she was pregnant with me, not even the doctor's orders for her to be on bedrest could keep her away from fashion. While she couldn't work in the same capacity as before, she used the time to create these gorgeous lookbooks, featuring all the hottest high femme trends of the early '90s. As I was growing up, I used to always look through these binders for style inspiration, and they're a big reason why I dress the way I do today.

Since my mom worked in the industry, and we lived in Los Angeles at the time, running into celebrities was a regular occurrence. I even remember as a kid walking around in the Saks' shoe department and bumping into Cher. And while she's a style icon in her own right, Tessa, you have always stood out from the rest for me. With your looks, you've shown the world the versatility of fashion for Black, queer, high femme women, like myself. And you've helped me to realize that, for people like us, fashion is a form of both power and liberation.

Growing up, much like you, I often felt like an outsider because of my race. I remember a June 2018 interview with PORTER, in which you detailed your struggle of constantly being the only Black child in predominantly white schools: “One school in particular was really racist, and I was having a lot of trouble with being bullied,” you shared. But one way that you got your peers to treat you differently was by tucking your hair into a hat to play with gender rules. For me, believe it or not, wearing clothes that weren't totally on trend in the early 2000s became a way for me to have an armor against the cruel comments. I used to wear tutus and rock experimental Lady Gaga-esque looks. I even bought those sunglasses from the "Paparazzi" video that flip up to wear in class. While I get that dressing this way could have brought more negative attention to myself — much like how playing with gender rules at the time could have done the same for you — I think we both saw breaking arbitrary style rules as a way to claim agency of our bodies, regardless of anyone else's influence, or outside pressures.

Understanding the power of agency lead me to wear more color, especially when I left the Baptist faith behind. And judging by your red carpet looks, I know you have embraced the power of color as well. When I converted to Islam during college, my wardrobe began to look as bright as a rainbow. I decided to play with more hues, as I would always have to anticipate what I could coordinate with my scarf or head wrap. Plus, I've never subscribed to the notion that dressing modestly meant being plain.

While I know you don't wear a hijab, the way you work with color is nothing short of liberating to see as a fellow queer Black woman. Your looks are always so dramatic, very high femme, and there is not a single shade you will shy away from. The colorful elements of your style comes with a certain levity and light heartedness, which, at the same time, I find to be extremely influential. The way you dress reminds me that people like us shouldn't necessarily follow stereotypical queer style rules, but instead be free to make our style our own. Because when we do so, at least for a moment, the rest of the world can fade away and we can focus on the beauty of our individuality.

I must admit that your 2019 Met Gala in particular look blew me away. Before I even began wearing a hijab, dressing modestly was always my preference, so to see your red carpet style was so freeing. While you were covered from the neck down, it was clear that your outfit was BDSM-inspired — a kink that is still considered to be somewhat taboo. However, that night, you dismantled the assumptions that modesty means that you can't enjoy how you dress, or that it stops anyone from owning their sexuality.

Even your hair at the Met was brilliant. From a standpoint of looking at Blackness historically — and how whips have been used against us — for you to turn something as political as Black hair into a whip was groundbreaking, in my opinion.

But this was far from the first time your hair has had a standout moment on the red carpet. From rocking hip-length box braids at the MTV Movie & TV Awards, to sporting an even longer, sleek plait at the Creed II premiere, you have always used your platform to showcase the versatility of Afro strands. Each of these looks offered a simplistic elegance, yet they were so bold in the way they incorporated elements of Black culture.

Tessa, you've made it clear through many of your interviews that you have never intended to be a style icon, but yet you understand the importance of taking up space as a Black woman. In the same PORTER interview where you shared the struggles of your upbringing, you also spoke on why it's vital for us to be present in the fashion industry. "There’s this idea that our faces don’t sell and so when we do get those campaigns, they show people that they do," you said. "It’s really easy to write off these spaces as being frivolous, but I don’t think they are, actually. I think they’re significant."

This, coupled with the fact that you have never shied away from being an advocate for the LGBTQ+ community — especially when you announced you would be playing Valkyrie, Marvel's first queer superhero, in Thor: Ragnarok back in 2017 — is what makes you iconic. I see nothing but bright things in your future. From the way you dress alone, it's clear that you will never be erased, instead, you will be the focal point of every red carpet.

But most importantly, you prove that queer womanhood doesn't have to be confined to one iteration when it comes to style, but rather that clothing can be a way for us to feel free. Thank you for all you have done, and will continue to do.