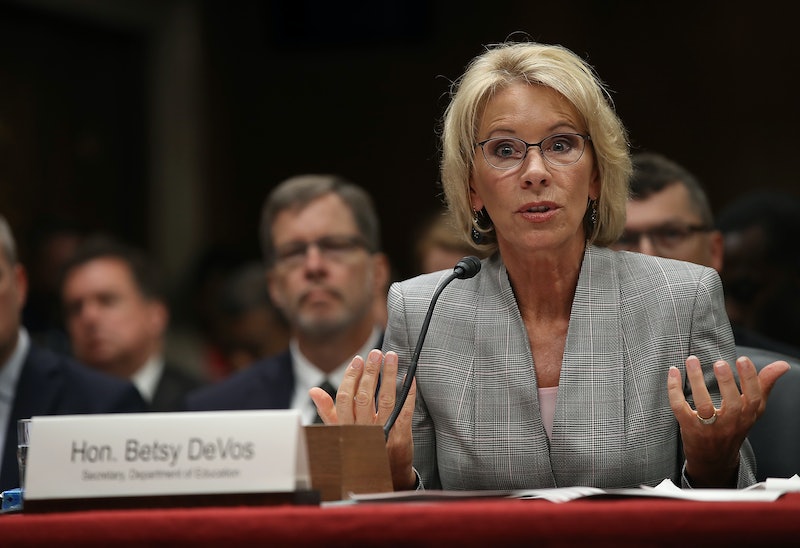 A medical school in Texas will no longer use race or ethnicity when making admissions decisions, following an agreement with the U.S. Department of Education, The Wall Street Journal first reported. The Texas Tech medical school's affirmative action admissions policy, which was designed to attract minority students who could provide medical care to minority populations, will be phased out by Sep. 1, according to the agreement.

According to the Education Department, Texas Tech's use of race and ethnicity violated Title VI of the Civil Rights Act of 1964, which was passed to stop discrimination against minorities — particularly African Americans — in many areas, including education.

In 2016, the Supreme Court ruled in Fisher v. University of Texas that race could be taken into consideration when creating admissions policy as long as the rule met a strict standard of scrutiny that included using other factors first. Nonetheless, the guidance from the Education Department would seem to put affirmative action in a precarious position as many schools choose to enter into agreements with the Education Department's Office of Civil Rights rather than go to court.

Texas Tech University System Vice Chancellor and General Counsel Eric Bentley reportedly wrote a letter to the Education Department saying that he thought the school followed the requirements set out in Fisher, per CNN. But he added that the school would adhere to the new agreement "in an effort to resolve this matter and focus on educating future health care professionals."

"In the larger context of this administration’s civil rights record, it’s clear that this is yet another attack on education equity," Jin Hee Lee, senior deputy director of litigation at the NAACP Legal Defense and Educational Fund Inc., told The New York Times. "We will continue to take steps to protect efforts aimed at improving education equity throughout the country."

Under the leadership of Secretary Betsy DeVos, the Department of Education, including the Office of Civil Rights, has taken controversial steps that critics say undermine protections for transgender students, survivors of sexual assault, and even holders of federal student loans.

Roger Clegg, general counsel for the Center for Equal Opportunity, the group that originally brought the complaint against Texas Tech back in 2005, told The New York Times that the agreement shows the "Trump administration is serious about enforcing the civil rights laws in a way that protects the rights of all Americans to be free from discrimination."

Currently at least two schools, Harvard University and the University of North Carolina at Chapel Hill, have had their affirmative action policies challenged in cases that could reach the Supreme Court. The Trump administration is investigating policies at both Harvard and Yale too.

Meanwhile, the American Association for Access, Equity and Diversity issued a statement to Inside Higher Ed saying that schools should not use the agreement as a "blueprint" for what to do.

"Institutions should not be worried about whether or not race may be used as a factor in admissions decisions," the statement reads, "because the law is clear."