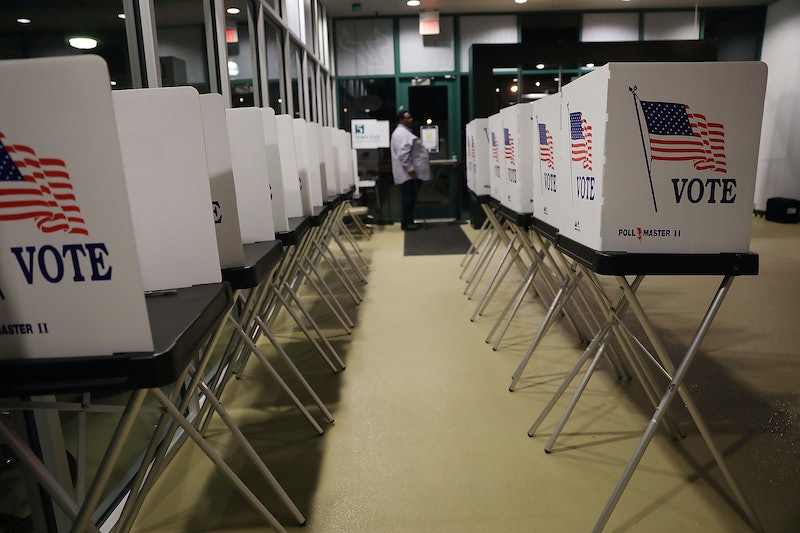 Ever since he ran for president, Donald Trump has routinely argued that "illegal voting" is a widespread problem in the United States — and he isn't the only one. On Friday, the Texas secretary of state's office suggested that roughly 95,000 of the state's registered voters were not actually citizens. In response, Texas' attorney general wants to investigate "illegal voting" in order to "maintain the integrity of our voting process," The New York Times reported.

“Every single instance of illegal voting threatens democracy in our state and deprives individual Texans of their voice,” Texas Attorney General Ken Paxton said in a statement, per the Times.

Citing an 11-month investigation by the Texas Department of Safety, the Texas secretary of state's office alleged that 95,000 registered voters had — at one point or another — identified themselves to law enforcement officials as documented residents but not citizens. The office also alleged that 58,000 of those voters had illegally cast votes “in one or more Texas elections” since 1996, the Austin American-Statesman reported.

However, The Texas Tribune reported that it is unclear how many — if any — of the 95,000 individuals flagged by the state had actually registered to vote illegally. As the Tribune pointed out, the state flagged any individuals who reported that they were not citizens when applying for driver's licenses or identification cards.

Given that the investigation covered a 22-year period — from 1996 to 2018 — the Tribune noted that many of these individuals could have been naturalized after initially reporting their citizenship status. For example, an individual who reported not being a citizen in 1998 may have been naturalized in 2000 and then voted in subsequent elections. And even if 58,000 non-citizens had voted in Texas elections since 1996, The New York Times reported that they would have made up only 0.69 percent of all votes cast in the state in the past 22 years.

The New York Times clarified that the Texas secretary of state's office did not know for a fact that all 95,000 individuals flagged in the investigation were non-citizens. Instead, a spokesperson for the office told the Times that the secretary of state is advising local officials to request proof of citizenship from these individuals.

Trump and the Republican Party have maintained that voter fraud is a rampant problem throughout the country. Democrats, however, have remained skeptical, and the Brennan Center for Justice has previously reported that voter fraud is extremely rare. According to the Times, Democrats are taking Paxton's statement with a grain of salt, noting that Texas officials have engaged in voter suppression through voter identification laws and other means.

This is not the first time that the issue of voter fraud has come up in Texas. According to a local CBS News outlet, Texas has aggressively prosecuted alleged voter fraud cases in recent years. Last year, a woman was sentenced to five years in prison because she voted while on supervised release for a previous felony — which is against the law in Texas.