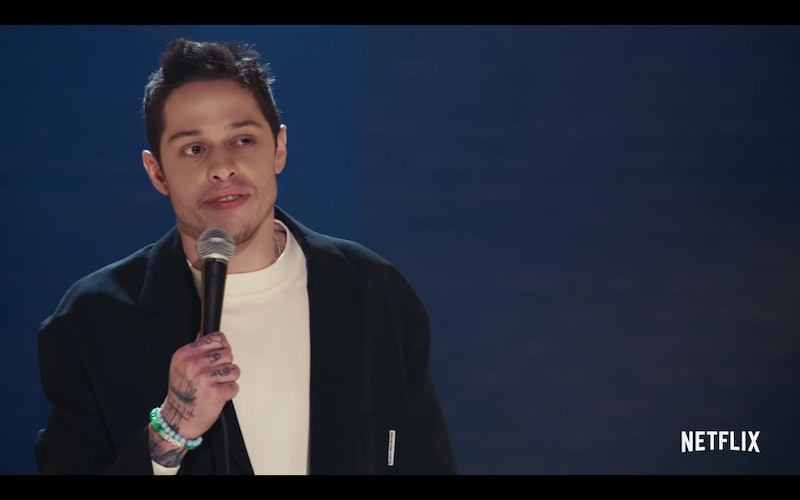 Comedy specials used to be harder to come by. In the past, people would have to check out brick and mortar clubs or hear recommendations from friends to find out about exciting up-and-coming comedians. But with the streaming era, stand-up's taken on a whole new life. The proliferation of online specials makes it all too easy to scan through and see some of the greatest comedy legends of our time — as well as the latest rising stars in the field. But with streaming comes sheer volume, so here are the 11 best comedy specials to stream now.

This week Saturday Night Live star Pete Davidson drops his latest comedy special, Alive From New York, on Netflix. The special touches on everything from his high profile relationships, growing up on Staten Island, and his musings on dating. It has garnered a ton of great press, but if you're in the mood for something a bit more unexpected, there's plenty of outliers you might not have heard of. Like British comedian Jayde Adams or Los Espookys co-creator Julio Torres. Read on for the best comedy specials to stream now, no matter what you're in the kind of humor you're in the mood for.