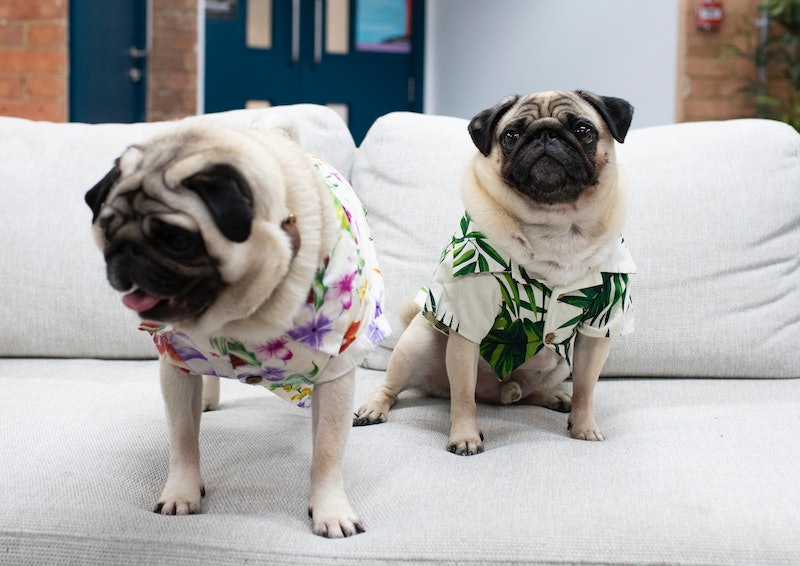 My dog Titan is totally my bestie, but he is just not good at cuddling up to a good show on Netflix. Even though he's a distinguished 11 years old, he still sometimes reminds me of a toddler yelling, "mom, mom, mom," until he gets what he wants. Titan is an American bulldog, so he's not really built for lounging. But these 11 dog breeds would love to lounge around your apartment with you for an afternoon of Netflix marathoning.

When you're picking out a dog to bring home, it's about so much more than the cuteness factor. Each dog breed has different traits that affect how they act and look, but each dog also has its own individual personality, according to I Heart Dogs. So if you know you like to spend a lot of time relaxing at home, says I Heart Dogs, it's super important not to pick a dog that's going to need tons of exercise. Not only is it totally cool to be honest about your lifestyle and to pick a doggo that will fit perfectly into that lifestyle, it'll be best for the both of you in the long run. To get you started, these breeds are the most likely to want to spend an afternoon relaxing on the couch with you instead of nagging at you to get outside.