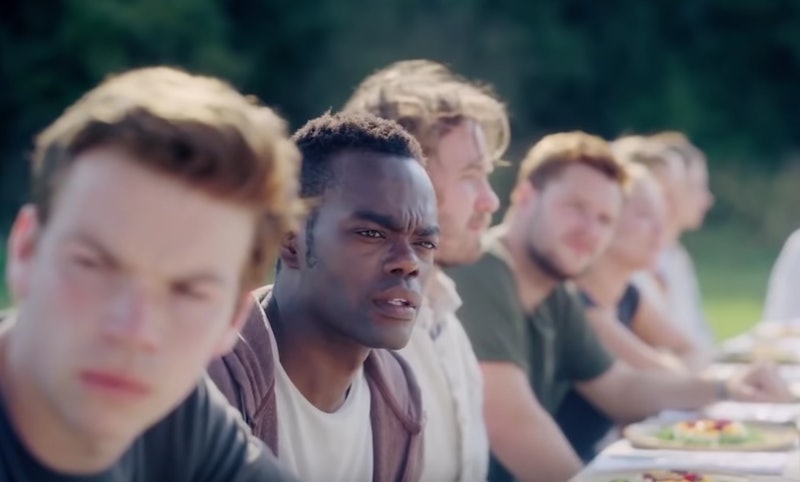 If you saw the 2018 cinematic phenomenon that was Hereditary, you've likely been waiting for writer/director Ari Aster's next move. Fortunately, dans didn't have to wait long. While Midsommar shares very few elements with the bleak family drama of Hereditary, it's just as haunting. The new film takes many surprising turns, all under the piercing sunlight of a Scandinavian summer, so it might be unlike any horror movie you've seen before. Whether you're too chicken to check it out yourself or you already did and want to relive the experience, we broke down the 14 scariest moments in Midsommar for you. Massive spoilers ahead!

When the film begins, the relationship between Dani (Florence Pugh) and her boyfriend Christian (Jack Reynor) is already on shaky ground, but they stay together after tragedy strikes her family. Knowing he can't leave his grieving girlfriend alone, Christian invites Dani on a trip he's taking with his friends Josh (William Jackson Harper), Mark (Will Poulter), and Pelle (Vilhelm Blomgren), to visit Pelle's rural Swedish hometown.

They know they're going to experience a festival that's important to Pelle's community, but he doesn't prepare them for all the terror to come. From graphic killings to creepy interactions, here are the Midsommar scenes that'll stay with you at least until fall.