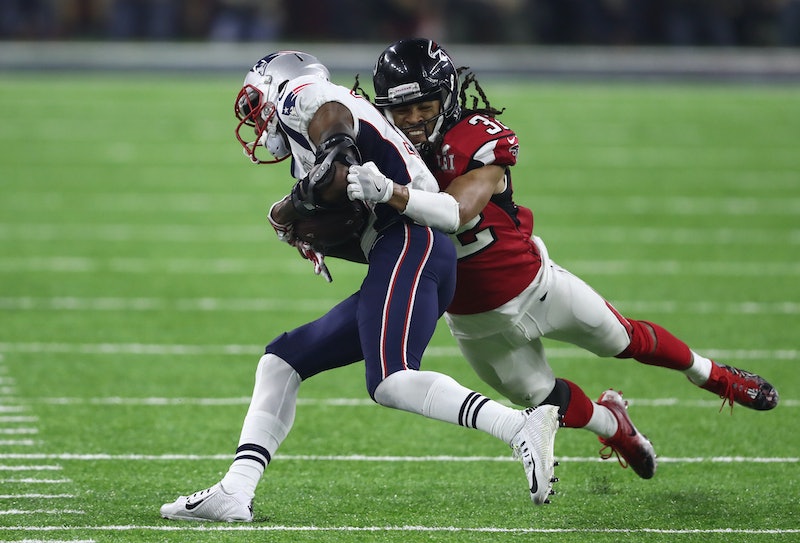 Sunday's Super Bowl between the Atlanta Falcons and the New England Patriots unexpectedly went into overtime, as the Patriots scored 25 unanswered points after falling behind the Falcons in the first half. The first Super Bowl game to ever go into overtime, Sunday's game had fans — and likely even some non-fans — on the edge of their seats and at the peaks of their wittiness. The Super Bowl overtime was chronicled by hilarious memes and tweets.

The Patriots forced the game into overtime with a late-game comeback like no other. Although the Falcons had dominated much of the first half, the Patriots held their own to tie the game in the fourth quarter. Once it started, the overtime didn't last long. The Patriots scored a touchdown on their opening drive of the extra period. Because NFL rules state that overtime is sudden-death, that touchdown ultimately won the Patriots the game. In the first-ever overtime, Patriots quarterback Tom Brady won his record-breaking fifth Super Bowl, while the Falcons failed to win their first-ever Super Bowl as a franchise. For Falcons fans, the disappointment surely stung. For Patriots fans, the celebration was certainly sweet. For all viewers, the overtime period was stressful, but these memes might have made it all worth the stress.

Was the comeback really Atlanta's fault, though?

The More You Know

Who could forget this memorable halftime show from the archives?

Divine intervention may have played a role in Sunday's game.

The overtime was so historic that many viewers may not have known what to watch for.

There's perhaps no facial expression more stressed than that of a football team heading into overtime after an early three-touchdown lead.

It wasn't all just about the players.

Cash Me In Overtime

Two memes are better than one, am I right?

"Cash me outside" has never been so relevant.

Even if they knew the rules of overtime, not everyone was on board.

Let's be real: The true winner of Sunday's big game was Lady Gaga.

Regardless of the outcome, Super Bowl LI will always remain noteworthy for its overtime. The pace of the game dramatically changed within a few moments. So, too, did the pace of the conversation, as viewers watched an unprecedented ending to an already-exciting game.