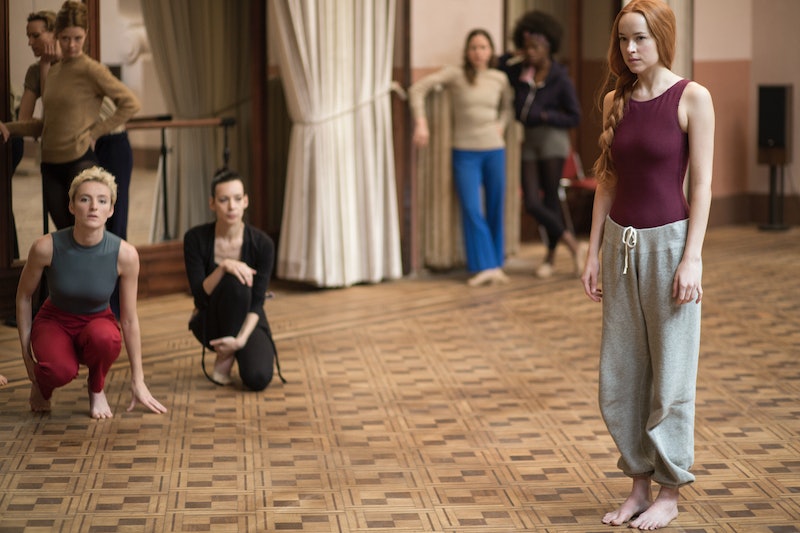 You'd think that the announcement of Thom Yorke's debut film score would be an easy slam-dunk of pure excitement for film enthusiasts and music nerds alike — layering the Radiohead frontman's eclectic electronic experiments over a film for a fully immersible audiovisual experience? Great! Except...the film was to be Suspiria, a remake of a '70s horror classic whose cult fanbase is only dwarfed by devoted fans of its infamous soundtrack. Knowing going in that the soundtrack for the 2018 remake of Suspiria soundtrack has a lot to live up to, did Yorke escape the film and its soundtrack's double whammy of long shadows?

"I started by evading [director] Luca [Guadagnino] for about a year," Yorke told BBC 6 when asked about his process. The fear of tackling one of horror's most beloved scores was real, but it helped that Yorke was one of the soundtrack's superfans. Talking to Billboard, he admitted he hadn't even watched the original movie until a few months before the remake was shot. "I didn't really know [director Dario Argento’s] stuff before, I just knew Goblin... completely nuts. Band of its time."

For those unfamiliar, Goblin were the Italian prog rock band who worked directly with the original film's director Dario Argento to create the famous synth-heavy, witch-whispering score for the original movie. The soundtrack's strength and enduring popularity might be due to the score and film having a more intertwined influence than most. Whereas most scores are created post-shoot, in Goblin frontman Claudio Simoneti told Fact that the band created demos before shooting even started. "Dario used this music on the set, to help the actors during the shooting," he said, creating a more direct relationship between action and music.

Yorke told The Hollywood Reporter that it was the responsive feedback that gave him some insight into how to approach to the soundtrack. "Obviously Goblin and Dario worked incredibly closely when they did it together. But it was of its time and there was no way I could reference it,” Yorke said. "What I found interesting was they used repetition of motifs, again and again and again." The mirror held up between image and soundtrack led to his breakthrough. “There’s a way of repeating in music that can hypnotize. I kept thinking to myself that it’s a form of making spells...So when I was working in my studio I was making spells," he added. An appropriate approach for a period piece about witches running a dance academy in Germany.

The time (1977) and location (West Germany) were also a deep influence on Yorke. He told Billboard that Krautrock, a genre of German experimental music from the late 60s onward that includes bands such as Can and Neu!, informed the soundtrack's style. "A lot of Krautrock is very loose the way they approach things, and very free, and I was trying to approach everything like that, like an air of chaos, which I’m quite good at." Though Goblin are considered a prog-rock band, their heavy and innovative use of synths aligns them with their German counterparts, so how did Yorke truly delineate his sound?

In the BBC 6 interview, Yorke said "I think my way in was the song 'Suspirium.' Within the script there was this melancholy I was really surprised about, not like a normal horror film at all." This deviates from Goblin's approach, which Simoneti told Fact was based on Argento's insistence that he needed "the audience to feel that the witches are still there, even if they’re not actually on the screen." A constant state of fear and tension, instead of what Yorke told BBC 6 he found in the film's latest incarnation. "What [Guadagnino] was trying to put across was not really to scare you. It was more than that... a weird form of darkness," he said.

The melancholy and gloom inform Yorke's soundtrack, which can be heard in its entirety on Spotify right now.