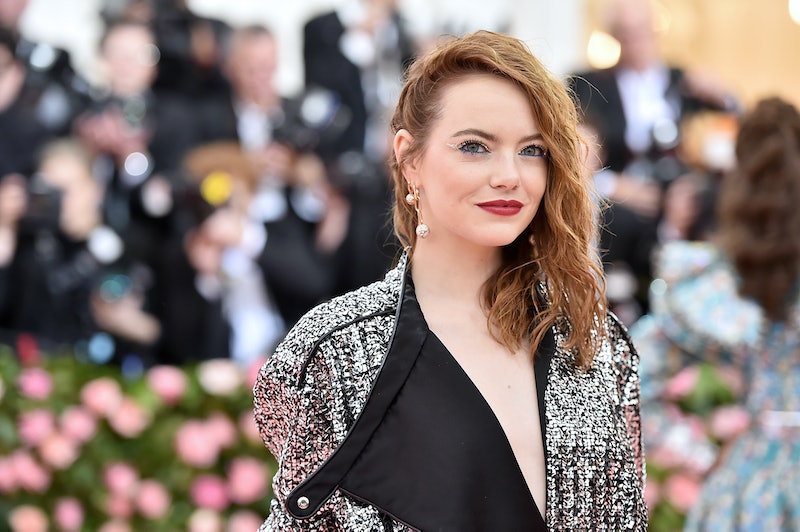 2020 isn't here yet, but fashion's biggest night is ready for the new decade. The 2020 Met Gala theme and its co-hosts have been announced, and as usual, the inspiration for the event will offer a unique perspective on fashion and red carpet moments sure to drop jaws.

Next year, the Metropolitan Museum of Art will be celebrate its 150th year, and the Costume Institute's theme fits the occasion. About Time: Fashion and Duration will be the subject of the exhibition. According to Vogue, the exhibit will trace fashions dating back to the 1870s until present and will examine the ways in which design and style can be disrupted from the typically linearly viewed perspective of fashion history. Speaking with the magazine, Andrew Bolton, the Wendy Yu Curator in Charge of the Costume Institute, explains that the exhibit as well as the gala has multiple inspirations such as the philosophies of Henri Bergson and the works of Virginia Wolfe, but one specifically cited is the 1992 film Orlando — which is based Wolfe's novel of the same name.

Bolton cites a scene in the film where star Tilda Swinton enters a maze in 18th century period clothing and as she travels, her dress changes to a piece from the 19th century until eventually she's in Elizabethan clothing. Swinton's movement through the maze and the sartorial change that occurs captures the heart of the gala's theme, the way clothing can be seen as a linear progression but can also be juxtaposed with other periods to reveal similarities throughout a timeline.

The exhibit, of course, informs the theme of the gala, and with such a broad scope to work with, the styles on the carpet during the first Monday in May will be diverse. Viewers can likely expect to see designers and attendees playing with the idea of period dress and trend-driven style moments throughout history but pushing them up against and juxtaposing them with more modern silhouettes and designs. The sartorial choices may also showcase the way fashions can be cyclical, taking famous designs through history — think flapper style frocks or corseting — and turning them back in on themselves to transform into something new.

As for the hosts of the fundraising event, actors Emma Stone, Lin-Manuel Miranda, and Meryl Streep have been tasked with the duties. Streep's name on the list is particularly exciting as the multi-award winning actor has not attended the gala in the past. Alongside the celebrity hosts, Louis Vuitton designer Nicolas Ghesquière (who attended last year's event with now co-host Emma Stone) has also been asked to lead the event, and the fashion house will be sponsoring the exhibit as well.

With such a vast array of sartorial choices in a multitude of timelines, the 2020 Met Gala may be one of the most intriguing yet. Mark your calendars now because the first Monday in May is coming sooner than you think.

More like this
Here’s Everything You Need To Know About The 2023 Met Gala
By Dominique Norman
The Biggest Fashion Moments Of Paris Couture Week 2023
By Dominique Norman
10 Times Haley Lu Richardson Dressed Just Like Portia
By Dominique Norman
Twitter Memed Doja Cat's Red Schiaparelli Look & I Am Cackling
By Dominique Norman and Kelsey Stiegman
Get Even More From Bustle — Sign Up For The Newsletter
From hair trends to relationship advice, our daily newsletter has everything you need to sound like a person who’s on TikTok, even if you aren’t.