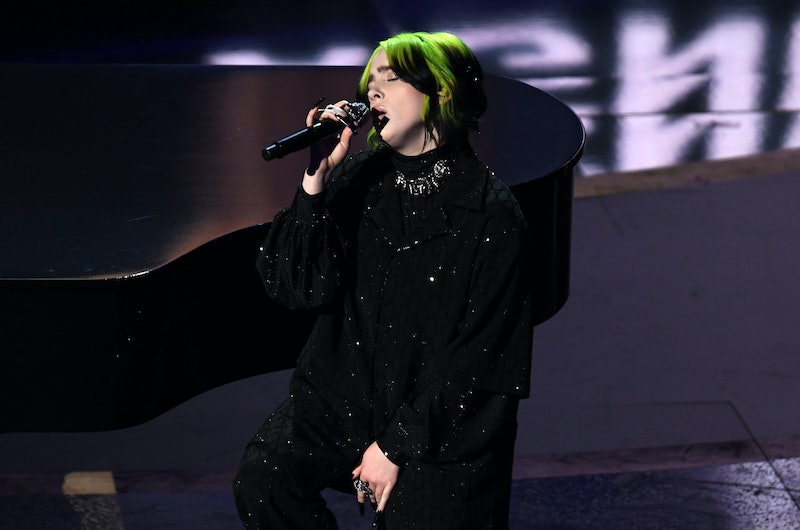 On Sunday, Feb. 9, the 2020 Oscars in Memoriam honored all the film industry professionals who passed away in 2019. Among them was Kobe Bryant, who was killed in a helicopter crash on the same day as the Grammys — Jan. 26 — along with his 13-year-old daughter, Gianna, and seven others. Also remembered on Sunday night were Kirk Douglas, Doris Day, and Peter Fonda. However, two notable oversights were the late Luke Perry (of Riverdale and Beverly Hills, 90210 fame) and Disney star Cameron Boyce, who passed away in March and July of last year, respectively. Patton Oswalt also pointed out on Twitter that actor Sid Haig had been overlooked.

After the memorial segment was introduced by Steven Spielberg, Bryant was the first celebrity to appear in the Oscars presentation. Next to the basketball player's photo was his quote, "Life is too short to get bogged down and be discouraged. You have to keep moving. You have to keep going."

While there was some discussion as to whether Bryant would appear in the Academy Awards tribute given how recent his death was, producer Stephanie Allain confirmed his inclusion earlier in the week to Entertainment Tonight. "I think what's really appropriate is that Kobe was part of the film community, and as such, he will be embraced within the In Memoriam segment," she said. (Bryant won the Oscar for Best Animated Short Film in 2018 for Dear Basketball.)

Billie Eilish and her brother, Finneas O'Connell, performed a cover of The Beatles' classic "Yesterday" as the In Memoriam song, which scored the presentation. And while most viewers thought it was an appropriately somber number, others were upset that Perry and Boyce weren't included — especially given that the Riverdale star appeared in the Oscar-nominated Once Upon a Time in Hollywood before his passing.

Nonetheless, they honored those omitted on Twitter. So in a way, there were two In Memoriams on Sunday night.