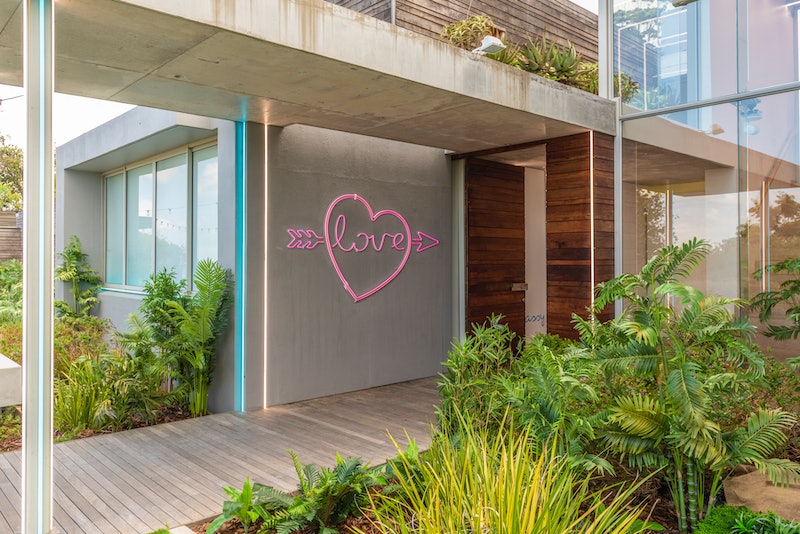 The countdown for the new winter season of Love Island is on and with just a few days to go before we meet the new batch of contestants, the anticipation is rising. We've now had the chance to see the new Islanders and also take a look at where they'll be staying. As this season is taking place in South Africa there whole new villa with all new incredible facilities and all I'll say is I'd be more than happy to spend a few weeks there. So here is everything we know about the new Love Island villa.

Okay, first off, lets talk new features, the first being The Dog House, which is perhaps one of the most genius additions to this year's house. I have a sneaking suspicion that this just might be one of the most popular new features. If the Islanders have been kicked out of their beds or don't want to sleep in a bed with their partners, they can head to The Dog House. While Islanders would usually head to the outside beds in the Mallorcan villa or the sofas in the living room, now there is a specific place for the exiled islanders. I wonder who will end up here first?

The final new feature is a "vibey" new hideaway. When the couples are seeking a bit of alone time, they will now have the chance to go to this private room. It has a huge bed and fuschia pink accents to really amp up the romantic vibe.

But don't worry about all the old features that became infamous in the Mallorca villa, because they have found a new home in South Africa. The sprawling new villa has the fire pit, where new host Whitmore will be eliminating contestants. It also has a huge swimming pool, loungers, a jacuzzi, and huge shower.

ITV have gone with the yellow, pink and blue theme so it looks pretty similar to the previous villa.

The new Love Island villa also has a connection to none other than singer Miley Cyrus. Strange right? Well, the new villa just so happens to be the place that Cyrus filmed scenes for her Black Mirror episode. The Sun reports that this is where Cyrus' character Ashley was imprisoned in the episode, so the villa has already developed quite the reputation.