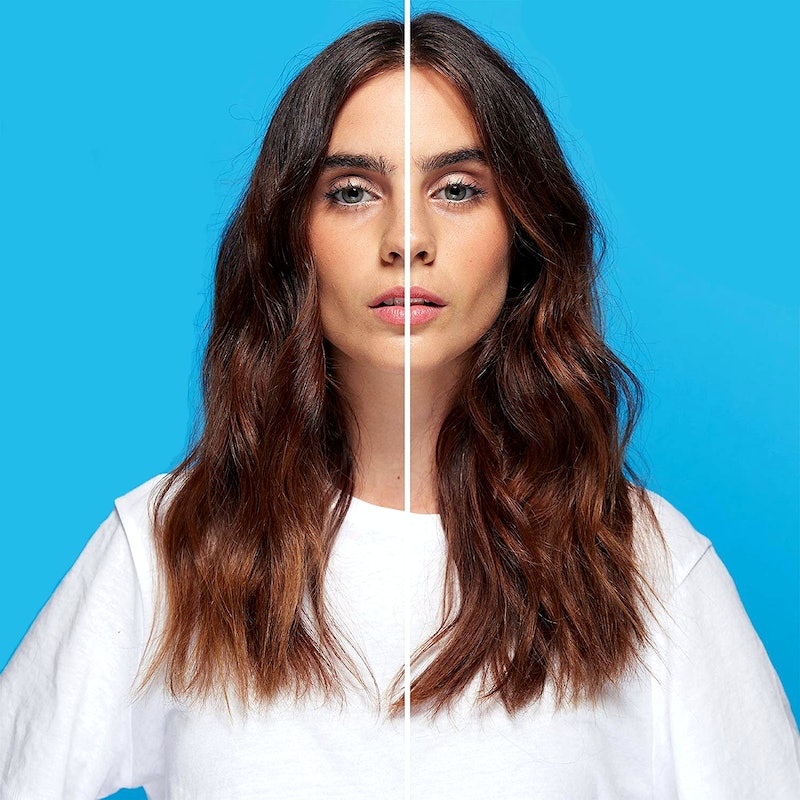 If you're talking to a hair stylist or beauty editor about hair texturizing products, Oribe's cult-favorite Dry Texturizing Spray will probably the first recommendation to come out of their mouth. It provides volume, grip, and of course, that beachy, tousled texture that's so sought after. (Like all of Oribe's products, it also smells amazing.) The one drawback, though? At $46 for a bottle, it's not going to fit everyone's budget — which is where the best Oribe Dry Texturizing Spray dupes come in.

You're probably thinking to yourself, how much different can one texturizing spray be from another? Aren't most salt and wave sprays pretty similar? The answer to that question is a resounding no. Unlike many similar products, Oribe's Dry Texturizing Spray offers hold feeling sticky or crunchy, which means you can still get your brush through your hair after using it (a pro tip for messy, voluminous ponytails, btw). And since it's a dry formula, instead of wet, it won't mess your style up.

Redditors and beauty vloggers have taken all of this into account, looking for sprays that offer equal parts hold and touchability. In my search, I found that some of the most highly-recommended dupes are not necessarily texturizing sprays, per se. Some are dry shampoos that deliver a similar effect, which is great for those with thin hair looking to sop up excess oil. Others are actually hairsprays, meaning they provide a bit more hold. So even if a product doesn't necessarily label itself as a "texture spray," you shouldn't discount its ability to provide body and volume.

Ahead, I round up the three best Oribe Dry Texturizing Spray dupes that I could find — all of which cost under $25.