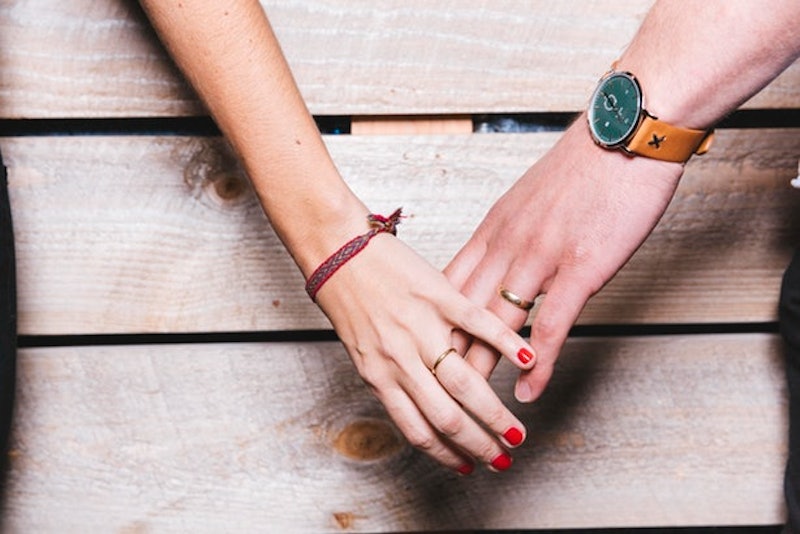 There are a few romantic myths that can loom large in our consciousness — and one of them is definitely "the one that got away". This person who you were perfect for but, as fate would have it, it all just went wrong some how. But how many of us really think we have a one that got away — and how does it affect our current relationships? Well, the answer might surprise you.

There's a reason that the one who got away can have such a hold on us — and it's in part to do with the way that our brain processes regret. "Regret tends to persist when it's about an area of life where we still have opportunities to meet our goals," Amy Summerville, Ph.D., associate professor in the Department of Psychology at Miami University and director of Miami’s Regret Lab, tells Bustle. "So, one reason that romantic regrets tend to loom large is that we know that we'll eventually have another romantic relationship, and so that regret is something that will be useful to us. Five years after college, it's much more useful to remember why things didn't work out with your college sweetheart than what went wrong on your chem midterm."