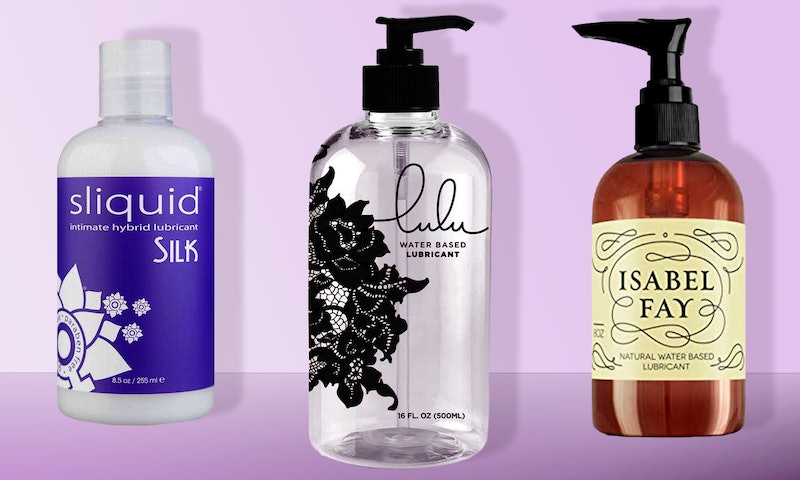 When it comes to good sex, condoms sometimes get a bad rep. While they're a crucial way to guard against the risk of sexually transmitted infections and unwanted pregnancy, the dirty truth is, sometimes a condom can be uncomfortable for all parties involved. Investing in one of the best lubricants for condoms can be a total game-changer though, since they help restore the slickness, wetness, and intensity that you may feel you're losing out on when using condoms alone.

The golden rule for whenever you're using lube with condoms is that oil-based options must be avoided because oil actually breaks down latex. The most popular varieties — lubes with a silicone or water-base — are safe to use, but they have their own pros and cons, especially if you have sensitive skin. Regardless of which lube you choose, one major advantage of using lube with condoms is that you can minimize friction, which in turn reduces the risk that condoms will get broken or ruptured.

Safe sex can still be steamy, especially when you've got the right lubricant on your nightstand. I've put together a list of some of the best silicone, water-based, and hybrid lubes out there that'll help bring a little extra oomph to your next encounter.